#MazalTov“Leaving New Jersey to fulfill my lifelong dream of Aliyah (moving to Israel). 16 hours later, as an Israeli citizen, the cab dropped me off in front of my quarantine home. 14 days to contemplate my place in Jewish history. Feeling blessed to be able to live in our homeland. […]

A photographer uses his own backdrop to mask Poland’s World War II ruins while shooting a portrait in Warsaw, Poland, 1946, by Michael Nash History In Pictures

Did you know that Irvine ‘Irv’ Robbins (1917-2008), co-founder of Baskin-Robbins, opened his first ice cream store using money he saved from his #BarMitzvah! Born in Winnipeg to Eastern European Jewish immigrants, Robbins grew up working in his father’s ice cream parlor in Tacoma, Washington. He always finished the day happy […]

“I live in Israel now so that their sacrifices weren’t for nothing.”

“I am the first generation in my family that has both freedom from anti-Semitism and the opportunity to benefit from the continuous security and hope that Israel provides. My father spent his childhood under a military dictatorship in Argentina that despised Jews. My grandparents and great-grandparents went through the Holocaust […] 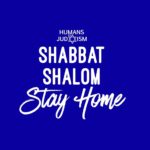 This 92-year-old man helped his wife color her hair when she couldn’t go to the salon because of social distancing. ❤️ (????: Yael Shapira Avraham) Source: E! News

CONDOLENCES: Yosef Neiman succumbs to injuries. Neiman was brutally attacked in Monsey 3 months ago at a Chanukah party in his Rabbi’s home. Many have described Neiman as a gentle and kind human being. Father of 7 children, grandfather and great-grandfather, he was 72. May his memory be a blessing, […] 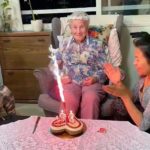 #MazalTov to Holocaust survivor Ester Wienrib who celebrated her 97th birthday via video call this week! Please note the birthday cake says 98, which is for 97 years + 1 for good luck. Wienrib, who is originally from Poland, currently lives in Tel Aviv and has been mostly confined to her […] 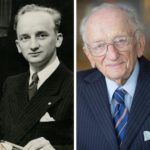 Happy 100th Birthday to Mr. Benjamin Ferencz, the last surviving prosecutor from the Nuremberg trials. Born March 11, 1920 to a Jewish family in the Carpathian Mountains of Transylvania, Ben Ferencz moved with his family to America when he was ten months old. After graduating Harvard Law School in 1943, he enlisted […]

1956: Golda MeirTIME magazine announces its 100 Women of the Year, which is TIME’s list of the most influential women of the past century.Photo: Burt Glinn – Magnum Photos Article: https://time.com/5793561/golda-meir-100-women-of-the-year/ 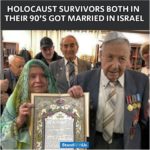 Mazal tov! Holocaust survivors from the former Soviet Union, aged 96 and 91, got married in Haifa recently. What a beautiful celebration! Source: StandWithUs

Happy 100th birthday to Holocaust survivor Malka Zajc! Born on February 28, 1920 in Ciechanów, Poland, Malka survived the Warsaw Ghetto Uprising as well as the Majdanek, Auschwitz, Ravensbrück, and Malchow concentration camps. After the war, she made a life for herself in New York City, where she still lives […]

Steve Ross (né Szmulek Rozental) was born in 1931 near Łódź, Poland. He spent 5 years in 10 different concentration camps, including Budzyń, Auschwitz, and Dachau. He survived medical experiments, starvation, sexual abuse, and brutal beatings on a daily basis. When Ross was liberated from Dachau, he was 14 years […]

Mazal Tov on the engagement of Gilad Shalit to Nitzan Shabbat

#MazalTov on the engagement of Gilad Shalit to Nitzan Shabbat. Shalit is a former IDF soldier who was captured by Hamas terrorists in 2006 and was held captive for over five years until his release in 2011.

Sometimes we just need to take a moment to stop & listen to the music, the rain, and the vibrant city sounds around us. Source: @sephardicsoul

Happy Tu B’Shvat from Israel #TuBshvat is the Jewish “New Year of the trees”. On Tu B’Shvat we plant trees for future generations. Tu is the number 15 in the biblical numbering system (which uses the letters of the Hebrew Alphabet). B’ is Hebrew for “in”. Shvat is the current […] 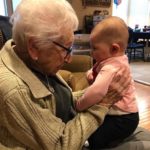 Holocaust survivor Zelda Birken looking into the eyes of her great-granddaughter. ❤️ Born in Poland, Zelda immigrated to the US with her husband Natan, also a Holocaust survivor, in 1951. The two met in Sweden after the war. Their granddaughter Jen recalls asking her Zaydie once why he didn’t just […] 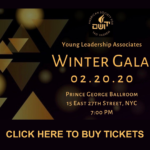 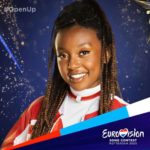 Enrique Eichner, United pilot on a layover in Chengdu, China

My kind of Souper Bowl

My kind of Souper Bowl What Jew Wanna Eat#superbowl #souperbowl

“My father’s Jewish, my mother’s Jewish, I am a Jew.” Daniel Pearl’s final words 18 years ago, February 1, 2002. The world has come to know Daniel Pearl as the Wall Street Journal reporter with American and Israeli citizenship who was kidnapped by Pakistani terrorists and murdered in Pakistan in […]

“From space, Israel looks just like it is: very small and very beautiful” – Ilan Ramon 17 years ago on February 1st 2003, we lost Col. Ilan Ramon, an Israeli Air Force fighter pilot & Israel’s 1st astronaut for NASA. Ramon was the space shuttle payload specialist of STS-107, the […]

I wanted to send this picture of my father. He’s at the summit of Aconcagua, one of the tallest mountains in the world. The chabad of Argentina told him that he’s the first and only Orthodox Jew to complete the entire hike to the top! He also completed Kilimanjaro in […]