American actor Cameron Boyce passed away suddenly at the age of 20. Boyce is best known for his work on the Disney Channel and various hit movies. Often comparing himself to Drake, Boyce was very proud of his black and Jewish background/heritage. May his memory be blessing.

CONDOLENCES: Ori Ansbacher, 19-years-old, was buried today. She went to spend some quiet time in the Jerusalem forest yesterday and was brutally murdered ???? BDE May her memory be a blessing

CONDOLENCES: Georges Loinger. Loinger was born in Strasbourg in 1910 and was best known as a French Resistance hero having saved 350 Jewish children during WWII. Loinger said that he used to train the children to run before telling them they were going to play ball near the border. “I […]

CONDOLENCES: IDF soldiers, Sergeant Yovel Moryosef, 20 and Corporal Yosef Cohen, 19 were both killed today during the shooting attack in Israel’s Asaf Junction. ???? May their memories be a blessing

CONDOLENCES: The baby boy of Amichai and Shira Ish-Ran has passed away. Shira was pregnant when she was injured in Sunday’s terrorist attack in Israel. She was immediately taken to the hospital for an emergency c-section but ultimately the baby did not survive. BDE May his memory be a blessing, […]

???? Just finished Shabbat only to hear of the devastating shooting attack in a Pittsburgh synagogue today. The gunman reportedly opened fire on the congregation during Shabbat morning services. Thoughts and prayers for the victims and their families. ✡️ #AmYisraelChai — in Pittsburgh, Pennsylvania

Jerry Lewis was an American actor, comedian, singer, film producer, film director, screenwriter, and humanitarian. He was known for his slapstick humor in film, television, stage and radio. He and Dean Martin were partners as the hit popular comedy duo of Martin and Lewis. Following that success, he was a […] 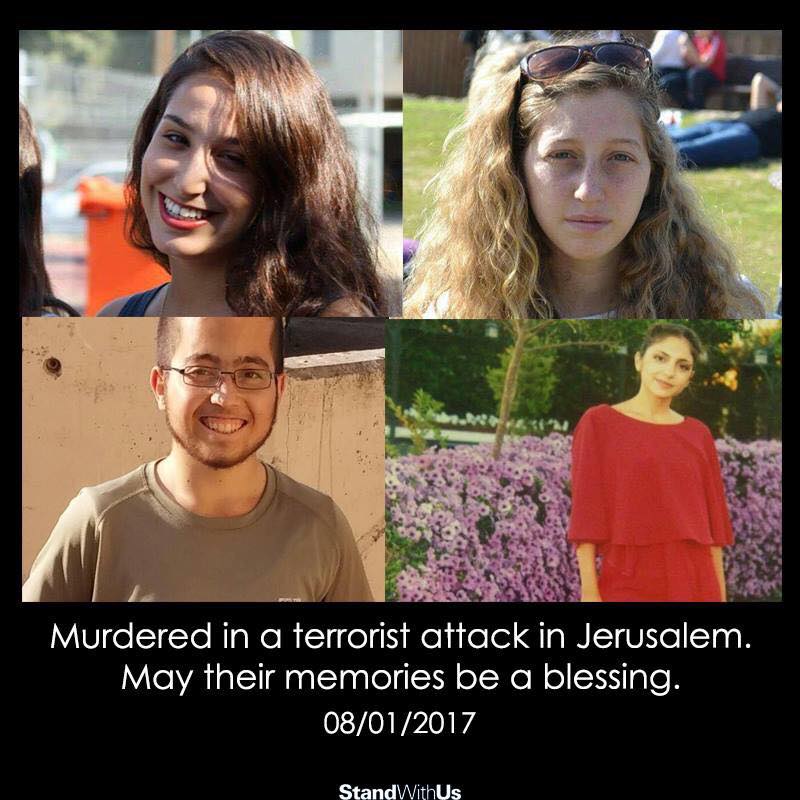 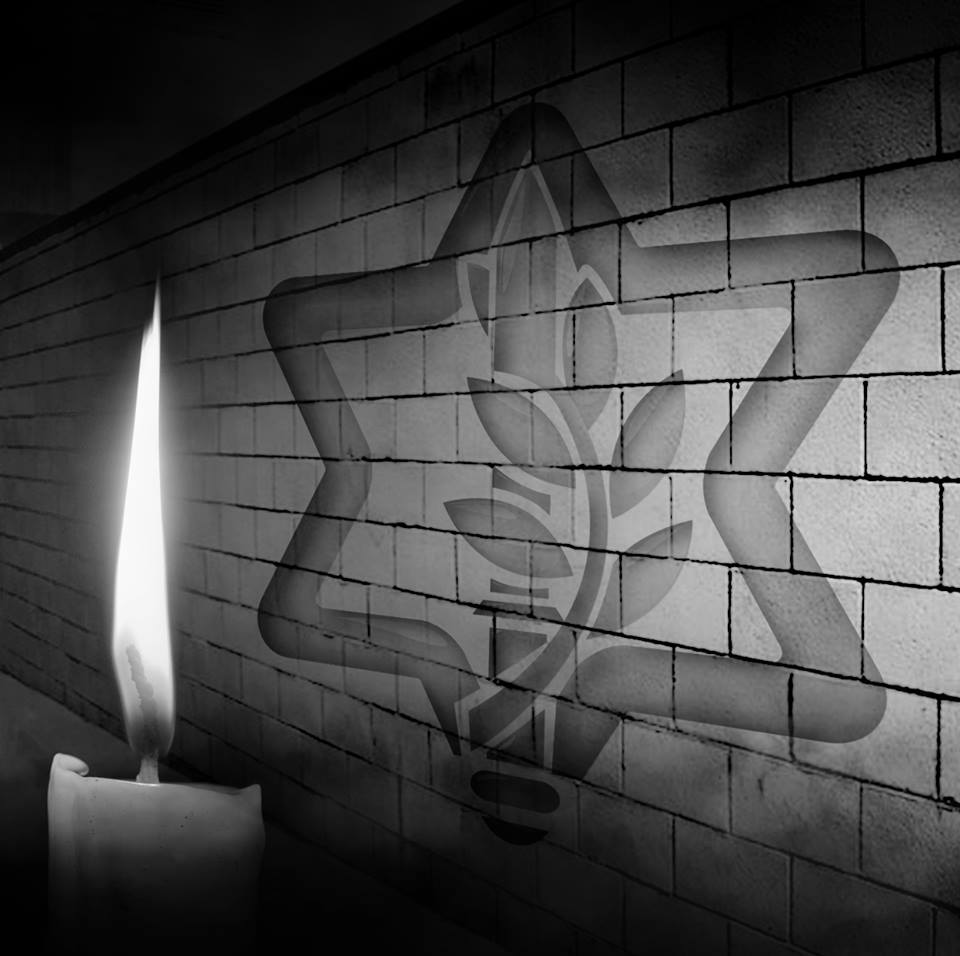 BREAKING: A Palestinian terrorist plowed his truck into a group of IDF soldiers that were boarding a bus. 4 soldiers have been pronounced dead and several have been injured.

May God avenge their blood. May their memories be a blessing.

CONDOLENCES: Henry Heimlich, creator of the Heimlich Maneuver has died at the age of 96

Henry Judah Heimlich was an American thoracic surgeon widely credited as the inventor of the Heimlich maneuver, a technique of abdominal thrusts for stopping choking, described in Emergency Medicine in 1974. He was born February 3, 1920 in Wilmington, Delaware, to Mary (Epstein) and Philip Heimlich. His paternal grandparents were […]

Yossef Kirme, a 29 year old Israeli policeman, and 69-year-old Levana Malihi were both victims of a drive by terror attack in Jerusalem this Sunday morning. May their memories be a blessing 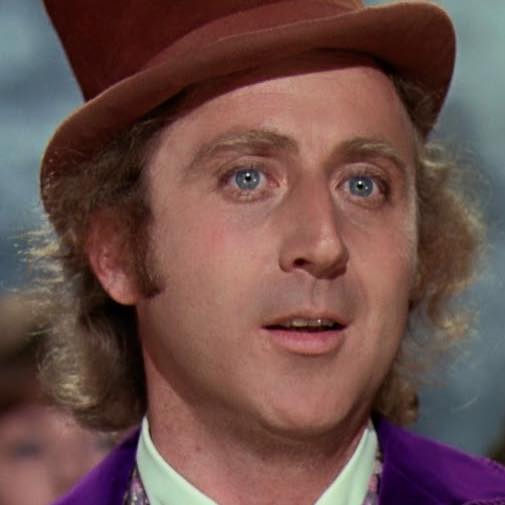 Jerome Silberman (June 11, 1933 – August 29, 2016), known professionally as Gene Wilder, was an American stage and screen comic actor, screenwriter, and author. He was best known for his roles in ‘Willie Wonka’ and Mel Brooks classics. May his memory be a blessing

“Dear Aish Family, It is with great sorrow that I must inform you of the passing of Rav Reuven Biermacher HY”D, beloved Rebbe in the Aish HaTorah Spanish program. He spent the morning teaching Torah and was murdered on his way out of the Old City. I will send details […]

We Mourn The Loss Of Iconic Jewish Singer Yossi Piamenta בד”ה. He Has Brought Light To This World And All Will Miss Him Dearly!  Source: onlysimchas.com 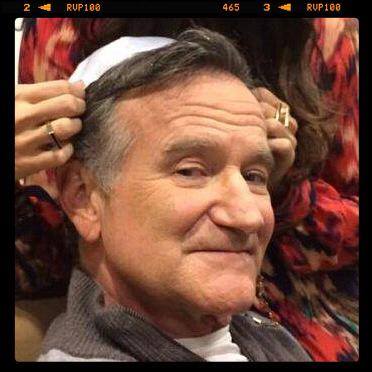 REMEMBERING: Robin Williams One year ago today, beloved comedian and actor Robin Williams was found dead at his Northern California home. Williams was 63. “He has been battling severe depression of late,” his media representative Mara Buxbaum told CNN. “This is a tragic and sudden loss. Williams, who considered himself an […]

As posted on Sharsheret.org website: “We are deeply saddened to share that Sharsheret’s Executive Director, Rochelle Shoretz (A”H), passed away of complications from breast cancer, a disease for which she created a community of support for thousands. We at Sharsheret have lost our Founder, our leader, our mentor. The Jewish […] 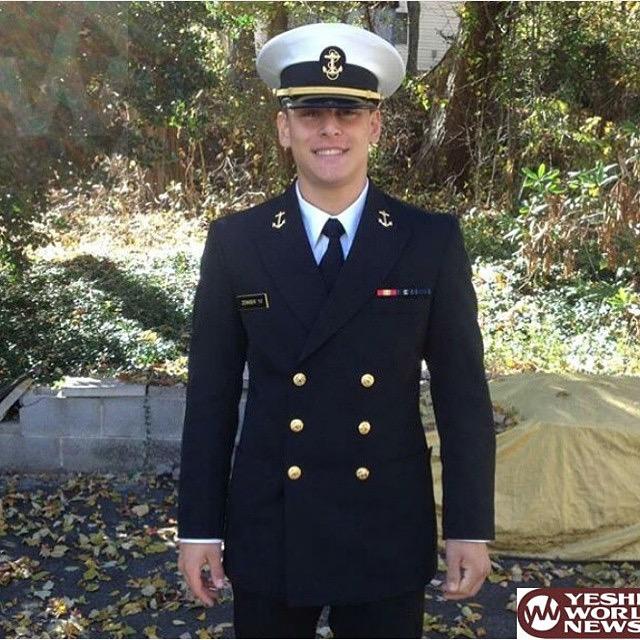 20-year-old Justin (Avraham Yitzchak) Zemser Z”L from Far Rockaway, is one of the seven victims in the Amtrak train crash in Philadelphia. Justin was studying at the United States Naval Academy in Annapolis, Maryland, and on his way back home. He was an only child, she said. The school in […]

CONDOLENCES: (Nepal) Or Asraf Heartbreaking news as the Israeli emergency service Zaka announces they have found the body of 22 year old Israeli Or Asraf in #Nepal. Or Asraf was the sole #Israeli victim of the Nepal #earthquake. It says that the rescue operation to retrieve his remains from the mountainside is “complicated,” and will probably […]