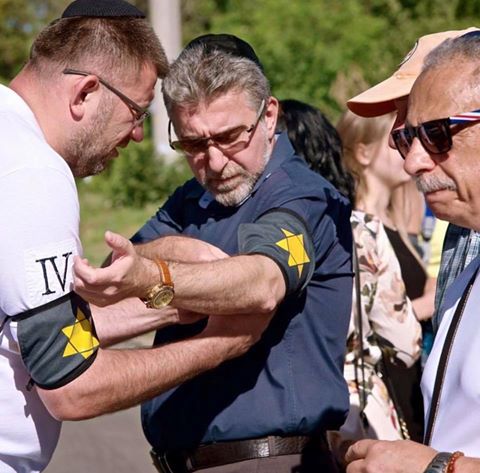 The Nazis mercilessly butchered all of Rostov’s Jews, including young children and the elderly, hoping to leave nothing of our heritage. They tried to extinguish the flame of Judaism in our city, but they didn’t succeed.
Today, 75 years later, we held a March of the Living, followed by a memorial service at the site. We choose to honor the memory of these holy people by embracing our Jewish heritage and traditions, and by adding light and kindness to the world we live in. — The event was attended by the Israeli Ambassador to Russia and the honorable Governor of the Rostov region.