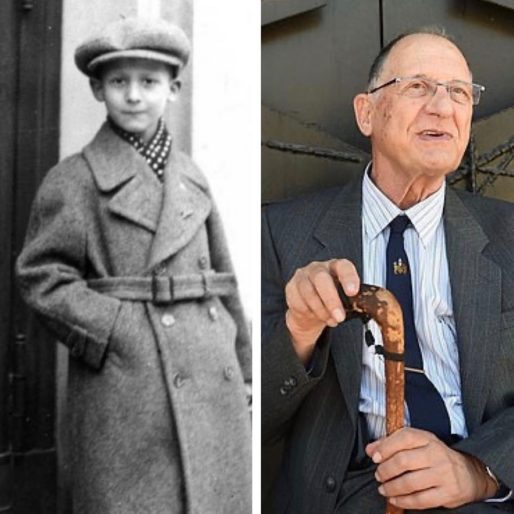 Henry Foner was born in Berlin, Germany in 1932. He was one of 10,000 Jewish children who escaped the Holocaust on the #Kindertransport. From December 1938 until the outbreak of WWII in September 1939, thousands of children found refuge in Great Britain after being evacuated from their homes in Nazi-occupied Germany, Austria, Czechoslovakia, and Poland. Henry was only 6 years old when his father made the painful, but life-saving decision to send his son away. His father was murdered in Auschwitz in 1942, but his foresight and sacrifice saved the life of his beloved son. Henry vividly remembers the journey to Britain. Gestapo troops stormed into the train car and searched the passengers’ bodies for valuables. After arriving in London on February 3, 1939, Henry was placed on another train to Swansea, Wales, where he was fostered by a Jewish family until the end of the war. He later served in the British Army and received a doctorate in chemistry. In 1968, Henry moved to Jerusalem with his wife Judith and their three children.
Today marks 81 years since the first Kindertransport arrived in Great Britain.