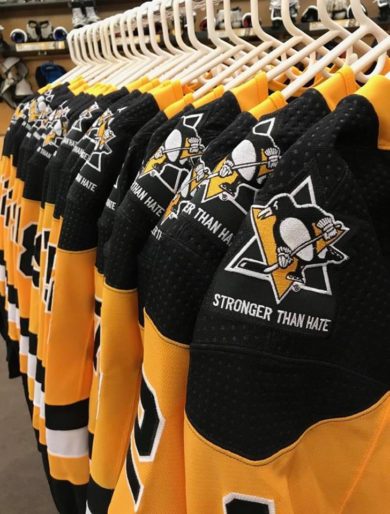 The Pittsburgh Penguins are wearing special “Stronger Than Hate” patches on their jerseys tonight in a show of support for the victims of the mass shooting at the Tree of Life Synagogue in Squirrel Hill over the weekend.

According to the Penguins, each player will sign their jersey after the game and they will be made available for auction. The jersey auction will continue until noon on Nov. 12.

During the pre-game ceremony, the Penguins played a special video, then held an 11-second moment of silence, one for each of the lives lost at the synagogue.