The synagogue was founded in the early 18th century by followers of Judah heHasid, but it was destroyed by Muslims a few years later in 1721. The plot lay in ruins for over 140 years and became known as the Ruin, or Hurva. In 1864, the Perushim rebuilt the synagogue, and although officially named the Beis Yaakov Synagogue, it retained its name as the Hurva. It became Jerusalem’s main Ashkenazic synagogue, until it too was deliberately destroyed by the Arab Legion after the withdrawal of Israeli forces during the 1948 Arab–Israeli War.

After Israel captured East Jerusalem from Jordan in 1967, a number of plans were submitted for the design of a new building. After years of deliberation and indecision, a commemorative arch was erected instead at the site in 1977, itself becoming a prominent landmark of the Jewish Quarter. The plan to rebuild the synagogue in its 19th-century style received approval by the Israeli Government in 2000, and the newly rebuilt synagogue was dedicated on March 15, 2010. 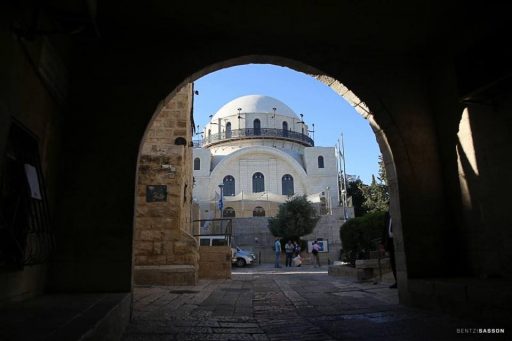 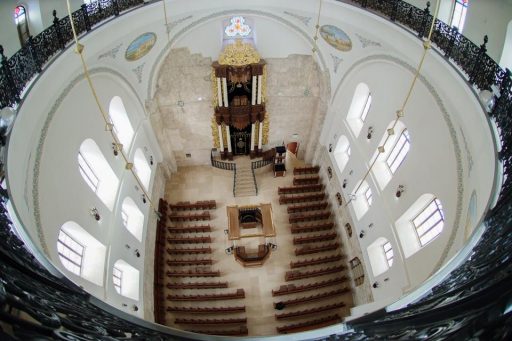 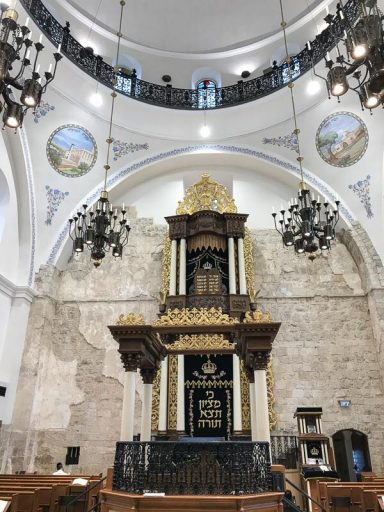