Our Grandma Minia Gdanski celebrated her 97th birthday in Fort Lee, NJ!! Minia Gdanski was born on July 20, 1924 in Bedzin, Poland. Minia was only 14 years old when the war broke out in 1939. When the Germans invaded Poland in 1939 Minia was terrified. Minia was put into […]

Before becoming a children’s literary icon, Curious George fled Nazi Europe in the basket of a bicycle. His creators, H.A. and Margret Rey, were both German Jews living in Paris when the Nazis invaded France in 1940. With little to no escape options, the couple fled on two makeshift bikes […]

CONDOLENCES: Leslie KleinmanHolocaust survivor Leslie Kleinman z”l was born in 1929 in Ambud, Transylvania. When Leslie was 14, the Nazis invaded the region, arriving in his hometown on a Saturday, the Jewish Sabbath. A German soldier cut off his father’s beard, which was a terrible insult and humiliation for a […]

Meet Holocaust survivor Tibi (Ze’ev) Ram, one of only two people who has fought in all of Israel’s wars! Tibi was born in 1930 in the Carpathian Mountains and grew up in Hungary. In 1944, he was deported to Auschwitz with his entire family. He then spent nine months at […]

Shabbat Shalom from Holocaust survivor Margaret Newman. Margaret was born in the small city of Satu Mare in Northern Transylvania. In 1944, the Nazis and their collaborators liquidated the Satu Mare ghetto and transported the large Jewish community to Auschwitz-Birkenau. Margaret was selected for slave labor, but the rest of […]

RIP David Dushman, the last surviving liberator of Auschwitz Concentration Camp.On January 27, 1945 he drove his Soviet Tank through the barbed wire electric fences surrounding the Nazi German Death Camp and helped liberate the prisoners inside. “Skeletons everywhere, they stumbled out of the barracks and lay among the dead. Terrible. […]

“This is my son Azriel Rifkin (left), who is named after my Grandfather Azriel Shnay Z”L (right), a Holocaust survivor. When my grandfather came to America to start a new life, he decided to go by ‘Allen’. He was proud to be a Jew, but he wanted to blend in […]

This is my grandfather, 102-years-old Simcha Helfman, (taking cover) while red alert sirens were heard in Herzliya last week. My grandfather survived the Holocaust by escaping from occupied Poland to Russia. He came to Israel after the war and raised a family. In 1953 he lost his brother who was […]

Three friends, three numbers, three survivors. Fritz Steiner, Robert Bichler, and Yehuda Reich were all born in Slovakia and survived one of the last selections conducted at the children’s shed in Auschwitz-Birkenau. In September 1944, a transport of 2,500 Jews arrived at Auschwitz, including Fritz, Robert, and Yehuda. After numerous […]

My name is Valerie Leon, the gentleman with the medals in the picture is my grandfather, Andrey Leontyev. Your post about Yeffim inspired me to reach out and tell you a little bit about this amazing man that I was/still am lucky to call my grandfather. He was 18 years […]

We came to congratulate 101 year old WWII hero in honor of Victory day (May 9th). “He’s not here” said his neighbor.“Did something happen to him?” I asked in a worried voice. “No, he just goes for a walk every day after lunch. You can look for him around the […] 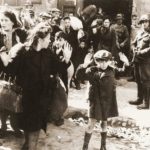 The Warsaw Ghetto Uprising began #OnThisDay, April 19, 1943. It was the largest act of resistance carried out by the Jews during the Holocaust and became a symbol of heroism in the face of desperation and death. Early that morning, German forces entered the ghetto with motorcycles, tanks, cannons, and […]

76 years ago today, April 11, 1945, the Buchenwald concentration camp was liberated by American forces. Pictured are survivors from Buchenwald at the Haifa Port on the way to the Atlit Detention Camp (July, 1945). The little boy holding the flag is Rabbi Israel Meir Lau, former Chief Rabbi of […]

“This is my sweet grandpa Abraham Weiss wearing the prison camp uniform he was forced to wear as a teenager during the Holocaust in Auschwitz.. he lost his entire family because they were the ‘wrong race’ in someone else’s opinion, and miraculously avoided his own untimely death 9 times (!!!) […]

My Grandma is super close to me. She is almost 100, a Holocaust survivor, and was recently discharged from the ICU into Hospice after surviving COVID-19. She is one of my favorite people on this planet and just being able to go to her house to visit her in person […]

Did you know that world-famous mime artist Marcel Marceau saved the lives of Jewish children during WWII? Marcel (né Mangel) was born 98 years ago, #OnThisDay March 22, 1923 to a Jewish family in Strasbourg, France. He and his brother Alain joined the French Resistance and changed their last name […]

Happy 100th birthday to surgical pioneer and #HolocaustSurvivor Dr. George Berci! Dr. Berci still comes in to work at #CedarsSinai each day and credits work with keeping his mind active. “For the past 100 years, I get up very early,” says Dr. Berci. “I go through what I need to do for the day, […]

Throughout my dads time in the ghetto and camps he managed to hide this in his shoe/boots. It was made for him for his bar mitzvah in Hungary. After the war ended he still managed to keep it with him. When he came to the states and soon after met […]

Happy 101st Birthday to Mr. Benjamin Ferencz, the last surviving prosecutor from the Nuremberg trials. Born on March 11, 1920 to a Jewish family in the Carpathian Mountains of Transylvania, Ben Ferencz moved with his family to America when he was ten months old. After graduating Harvard Law School in 1943, he […]

“It’s like someone has given me a gift. It’s, it makes my whole life perfect,” said Betty Grebenschikoff after finding her childhood best friend who she last saw when she was 9 in 1939. Friends Ana María Wahrenberg and Betty Grebenschikoff we’re inseparable attending school and ballet together. Both fled […]

Happy 101st birthday to Holocaust survivor Malka Zajc! Malka is the Hebrew word for Queen. Born on February 28, 1920 in Ciechanów, Poland, Malka survived the Warsaw Ghetto Uprising as well as the Majdanek, Auschwitz, Ravensbrück, and Malchow concentration camps. After the war, she made a life for herself in […]

Remembering that special moment when a Holocaust survivor holds her great-grandson’s hand for the first time. Olga Neuman was born in Curtuiusul-Mare, Romania in 1929. During the war, she was forced into the Baia Mare ghetto before being deported to Auschwitz in 1944. When the camp was liberated in January […] 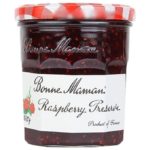 Incident in a NJ Supermarket – tweet yesterday by Michael Perino @ProfessorPerino“ At the supermarket today, I found a small, elderly woman standing in front of a high shelf holding Bonne Maman preserves. She was having trouble finding the flavor she wanted because the jars were set back on the […]

CONDOLENCES: Shoshana Ovitz Shoshana Ovitz was born in 1915 and she miraculously survived Auschwitz. After the war, she met her husband Dov, who lost his wife & children in the concentration camps. Together, they moved to Haifa, Israel where she worked as a tailor and helped her husband in his […]

“They were just teenagers when they met. Through the barbed wire. In the concentration camp. They had nothing when they married. Hardly any family left.Hardly any clothing of their own. Little food. No money. Today my grandparents celebrate their 75th wedding anniversary. They often hold hands, although they claim it’s […]

Happy Birthday to my beautiful grandma who is 95 years young today! When she was 18 years old she was in Auschwitz and all of her friends said, “we are going to heaven from here,” and she said, “you can go to heaven, I am going home from here.” 77 years […]

Today is Tu Bishvat, the Jewish “New Year of the Trees.” Trees, symbolic of the renewal of life, have been planted at Yad Vashem in honor of non-Jews who risked their lives to save Jews during the Holocaust. But among the thousands of trees planted in the Garden of the […]

Tova Friedman, Sarah Ludwig, and Mike Bornstein are three of the children pictured in an iconic photograph from the liberation of Auschwitz on January 27th, 1945. Here the three survivors are seen holding that image together over 70 years later in the United States. Source: American Society for Yad Vashem 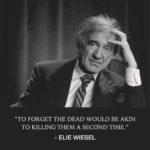