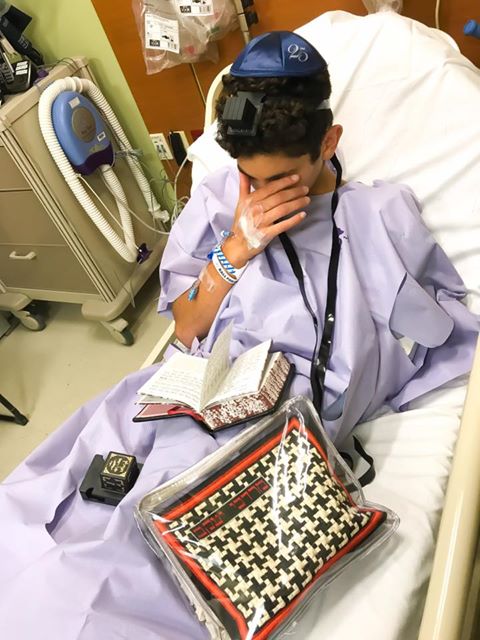 “He was escorted from Pennsylvania in the back of an ambulance to a hospital in New York for 3 hours with no painkillers. He then spent a week at home with me awaiting his surgery with his arm being held in a loose flimsy sling and the break in an unstable position. He was constantly in pain.
During this time he did not miss a single day putting on his tefillin. Even with a shattered arm every morning he insisted And every morning I assisted him in putting them on. Not one time did he say “why me?”. Every morning he pushed through the pain & with a smile he prayed.
This picture was taken minutes before going in for surgery at 6am this morning and once again he insisted on putting his tefillin on.
Jack’s surgery was thank God a success. He has 14 screws and 1 metal plate in his arm and he’s in recovery. I now call him my “Bionic Mensch”