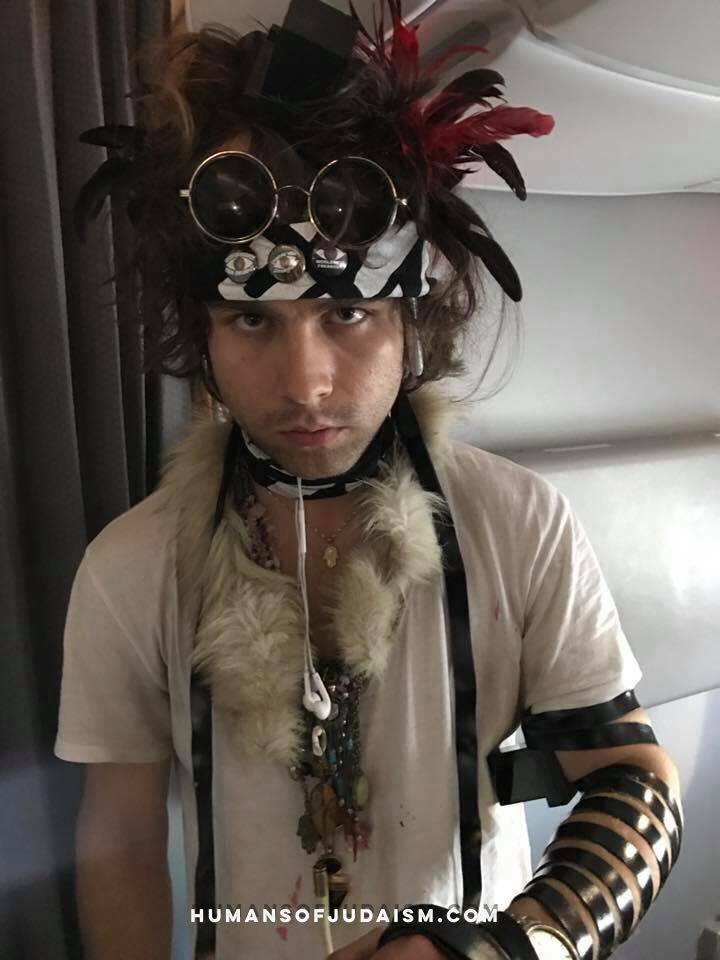 “Thank G-d all arrived well and mostly sane after the seemingly endless flight.

As I rose from my place for a seventh “inning” stretch, a fellow passenger made his way up the aisle and greeted me with “shalom”. He was hands down the most exotic looking passenger on the plane, with an array of feathers, pens, sharpies in his hair, and an abundance of necklaces, bracelets and a watch with no hands…

“Are you Jewish”? I asked. “Yes brother” he said in a soft tone. We struck up a conversation in which he – Matthew shared that he’s in the music business and on the way to Melbourne on a student exchange program. I shared with him what a premium Judaism and particularly Chassidim puts on music, citing the Alter Rebbe’s famous quote: “Words are the pen of the heart and music is the pen of the soul”. As he intently listened, he radiated a certain innocence and yearning to hear more. After our shmooze we returned to our seats, hoping to snooze..

As the rays of sun first started to glimmer through the window, I went over to my friend and asked him if he’d like to pray. “Sure” he said without missing a beat. As he approached my seat, and I reached for my Teffilin to put them on him, I realized , there’d be a challenge finding sufficient headspace for the Teffilin on his colorfully adorned head. I asked about his exotic get up and how he decides what to wear: “whatever the universe tells me” was his reply…..

With G-d’s help, we located a free spot on his head for the Teffilin and he recited the Sh’ma word by word with soulful concentration. He shared that he has a prayer book from which he recites the morning blessings every day, and was upset when he realized he had left it in his checked luggage and how appreciative he was at the opportunity to pray with me.

In the prelude to the giving of the Torah, G-d says to the Jewish people: “I am making you an Am Segulah” – simply put: “special”. My encounter with Matthew, was just one more reminder of what G-d meant..