#WeRemember The Raid of the Ghetto of Rome

#WeRemember The Raid of the Ghetto of Rome took place on October 16, 1943, 75 years ago today. A total of 1,259 members of the Jewish community–numbering 363 men, 689 women, and 207 children–were initially captured by the Gestapo. Of these, 1,023 were deported to the Auschwitz concentration camp. Only fifteen […]

The Great Synagogue of Rome (Italian: Tempio Maggiore di Roma) took two years to build and was completed in 1904.

It is the largest synagogue in Rome and was constructed as magnificent as it is in order to showcase the revival of the Jewish pride in Rome after the terror of the ghetto and destruction of Jewish life. The women section overlooks the men section. The rainbow colors of the […]

“My Shabbat Story: went for breakfast to a kosher burger joint in the Jewish ghetto of Rome since my mom can’t tell me I can’t have a burger for breakfast. Didn’t really care too much to see the Coliseum but did it anyway since it was walking distance and if […]

ITALY STANDS WITH ISRAEL: A bird’s eye view from the pro-Israel rally in Rome, Italy 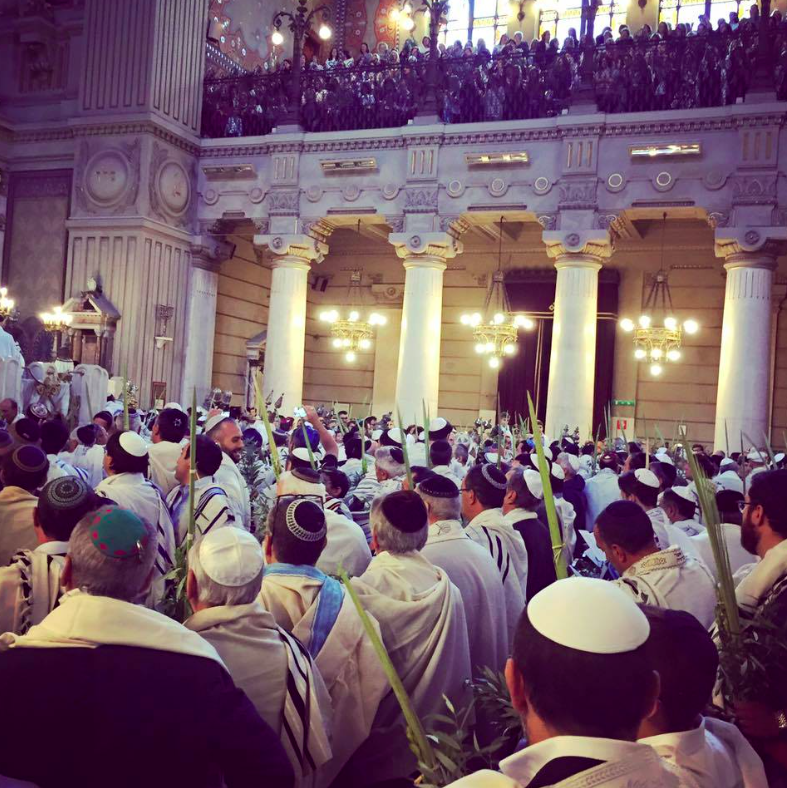