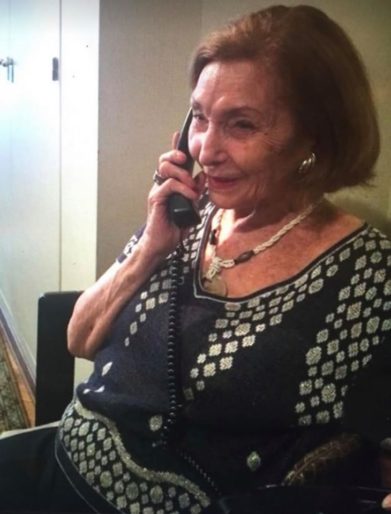 As young teenagers, Lily Soriano Alhadeff and Rosa Hanana managed to escape Auschwitz together. In recounting her story, Lily said, “We were going to die anyway. It was either the gas chambers or a shot in our backs.” So, when the Nazi soldiers were distracted by the imminent arrival of the Allied army, Lily and Rosa made a run for it. That was the last time they saw or heard from each other. 70 years later, Lily’s granddaughter received a Facebook message from Rosa’s grandson. The grandkids arranged for their grandmothers to speak on the phone. For the first time since their daring escape, Lily and Rosa reconnected as if no time had passed. Who could have imagined that after all those years, two Holocaust survivors would reconnect thanks to their grandchildren and the power of social media!