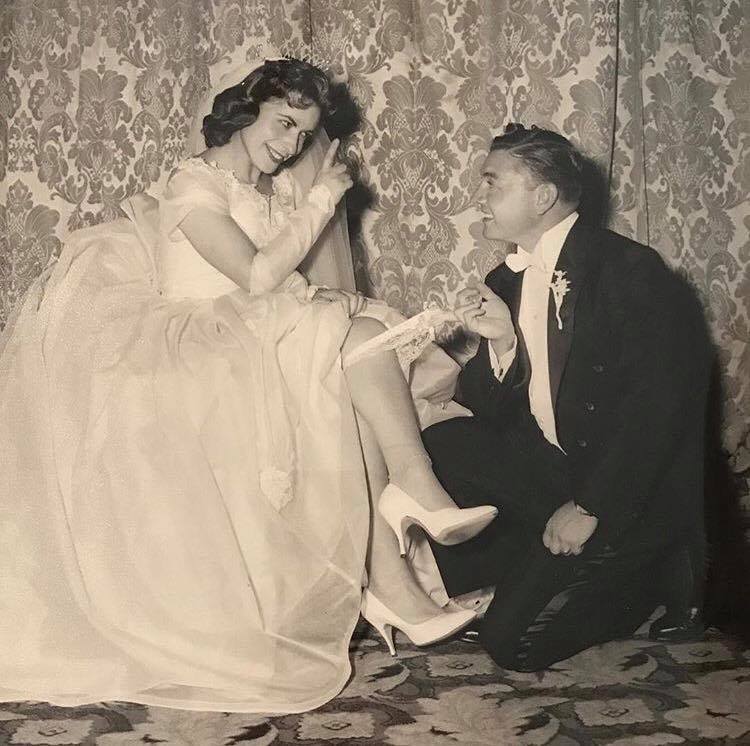 “After the war she returned with her family to Poland in 1946 for a brief period before moving to a DP camp in Kassel, Germany for a few years. In December 1949 the family made their way to America on a ship named the Henselman and arrived at night on January 13th, 1950. In 1959 she met a strapping young man from the Lower East Side, Norman Korn, at a Tamiment Resort dance she attended with a friend. This is a picture from their wedding less than a year later in 1960.” – David Wachs @3gstories