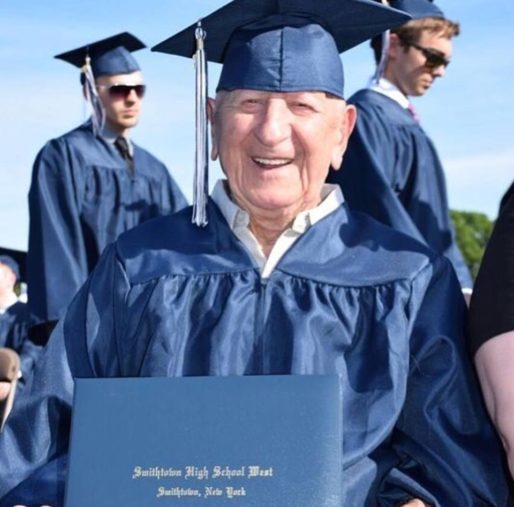 “My dad finally got his high school diploma! Born in Poland, he wasn’t allowed to get an education past first grade, because the Nazis invaded Poland and banned Jews from getting educated. He survived with his immediate family by hiding out. He moved to the US and became a self-made man, marrying a great woman, having four children and a thriving business. He made it a priority to educate people about the Holocaust, something he continues to do even while fighting pancreatic cancer. At 87 years old he finally got his diploma. Thank you to everyone who supported him, listened to his story, and made this happen.” – @leahskosherfix