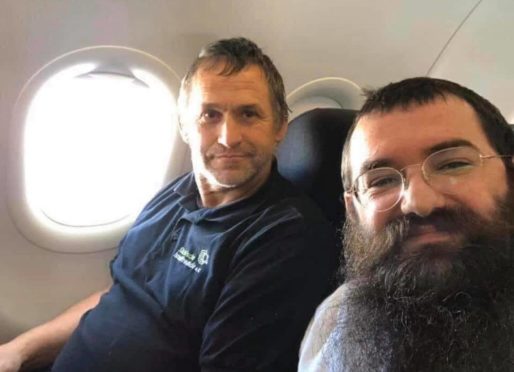 “Sitting in the window seat on this flight to Israel is Roland. Who is Roland, you ask? A 54-year-old blue-collar worker from Baden in the south of Germany, Roland is a professional house painter by trade. He travels to Israel once or twice a year.
When Roland gets off the flight he doesn’t go to the beach or to eat humus. Instead, he meets up with several other professional German friends and together they go wherever they are needed and renovate the homes of Holocaust survivors.
According to Roland, the work is extremely rewarding and redeeming because at some point he usually sees that the project causes each Holocaust survivor’s heart to fill with joy. Some even speak to him in German, a language many haven’t spoken and have despised for the last 70 years. And most importantly, Roland claims that he’s there to show Holocaust survivors in Israel and around the world that the Germans are not the same people they were 70 years ago.
Thank you, Roland.”