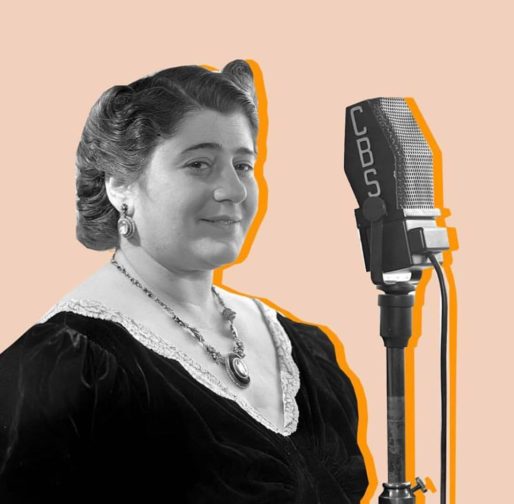 Meet Gertrude Berg, born Tillie Edelstein on October 3, 1899 in East Harlem, New York. Her work on radio and TV became a voice for hundreds of thousands of Jewish immigrants to America. Berg is remembered by her on-air persona as Yiddish-accented Jewish matriarch Molly Goldberg on the “The Goldbergs,” (no, not that Goldbergs) the series which she wrote and produced herself. Berg won the first ever Emmy Award for Lead Actress in a Comedy Series her debut year on the network. In 1959, Berg won the Tony Award for Best Actress for her performance in A Majority of One. Her trailblazing work created the modern television sitcom, and paved the way for other women in television.