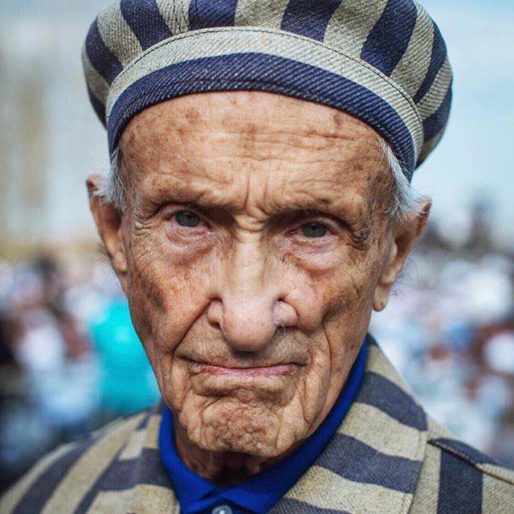 Edward Mosberg was born in 1926 in Kraków, Poland. As a teenager, he and his family were forced into the Kraków ghetto. From there, Mosberg went to Platzów concentration camp and was later sent to the Mauthausen camp in Austria as a slave laborer and then finally to Linz. Knowing they were about to lose the war, the Nazis ordered Mosberg and his fellow prisoners into caves lined with dynamite. Miraculously, the dynamite failed to ignite, sparing the prisoners. By 1945, Mosberg was the sole survivor of his family when he married his wife and fellow survivor Cesia (née Storch) in Belgium shortly after the war. They moved to the US in 1951 and today, the Mosbergs have 3 daughters, 6 grandchildren and 3 great grandchildren.
Edward Mosberg has made holocaust education his life-long mission, so that it is never forgotten. He travels around the world sharing his story and even has an Instagram account: @mosbergedward. Today, on the eve of Yom HaShoah, the President of Poland awarded Mosberg with the ‘Order of Merit,’ the country’s highest civilian distinction.
#WeRemember