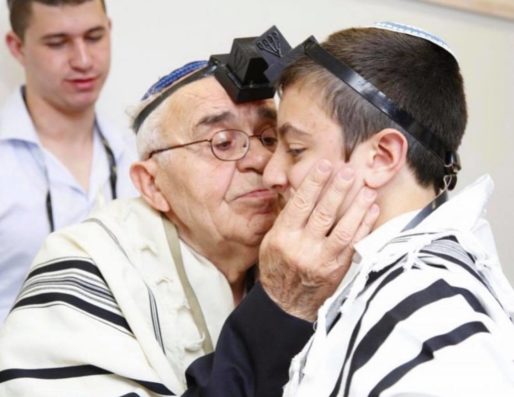 On the eve of Menachem Haberman’s bar mitzvah in 1940, Hungarian troops committed a pogrom near his town synagogue in Munkács. Menachem’s father was taken away and the rest of the family was later deported to Auschwitz. His mother and sisters were immediately sent to the gas chambers. In 1945, Menachem was sent on a death march to Buchenwald, where he was eventually liberated. His father also survived and was living in the Soviet Union. Menachem immigrated to Israel in 1950 and opened a typewriter workshop in Jerusalem. Eventually, he managed to get his father out of the USSR to join him in Israel. At age 90, Menachem finally celebrated his bar mitzvah alongside his 13-year-old grandson Yaakov. ❤️