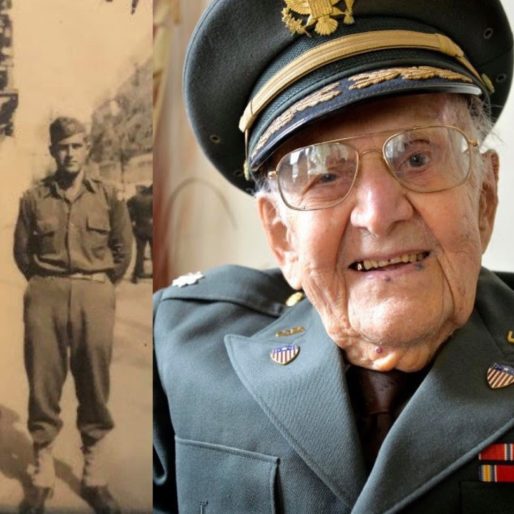 This is Lieutenant Colonel Sam Sachs, a Jewish-American WWII veteran who survived the invasion of Normandy (D-Day) and helped liberate a concentration camp in Nazi Germany. Born in North Dakota in 1915, Sachs served as a U.S. Army officer with the 325th Glider Infantry, 82nd Airborne Division. On June 6, 1944, Sachs piloted a glider and landed behind enemy lines. He came under heavy fire, but miraculously, Sachs could find only one bullet in the plane’s fuselage. Today, on the 75th anniversary of D-Day, Sachs will receive the French Legion of Honor, that country’s highest medal, and will be appointed a chevalier (Knight) by decree of French President Emmanuel Macron. Thank you for your service!