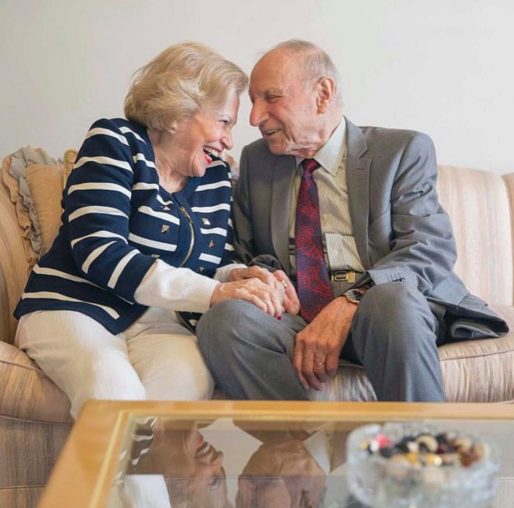 Holocaust survivors Sigi and Hanka Siegreich met on New Year’s Eve, 1944 while imprisoned in a Nazi slave-labour camp in Częstochowa, Poland. Normally, men and women in the camp were forbidden from speaking to each other, but on this night, the men were allowed to visit the female barracks. The prisoners were like skeletons, mere shadows of themselves. Yet, the moment Sigi and Hanka locked eyes, a glimmer of hope appeared in the darkness. Sigi not only met the love of his life, but also his savior. Sigi was deliberately sabotaging bullets while forced to work in a Nazi munitions factory. When the Gestapo figured out what he was doing, Sigi went into hiding. Hanka risked her life to bring him pieces of bread and a blanket. When the Red Army liberated the camp in January, 1945, Hanka ran to tell Sigi and the two were married the next day. Having lost their families, Sigi and Hanka only had each other. They raised two daughters in Israel and the family moved to Australia in 1971. On their 50th anniversary, Sigi and Hanka renewed their vows. The witnesses were fellow inmates at the labour camp, who also witnessed their wedding in 1945! Today, after nearly 75 years of marriage, Sigi and Hanka are still madly in love. 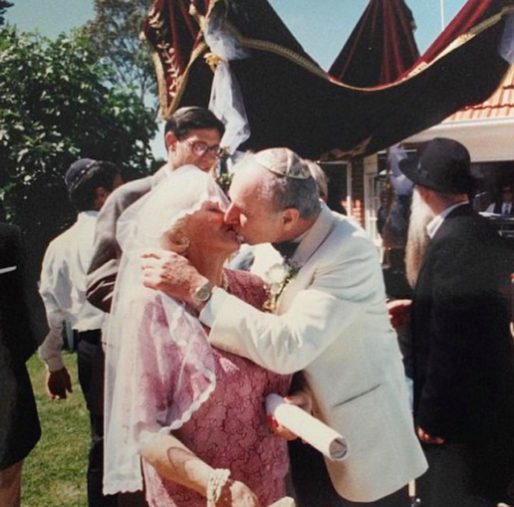