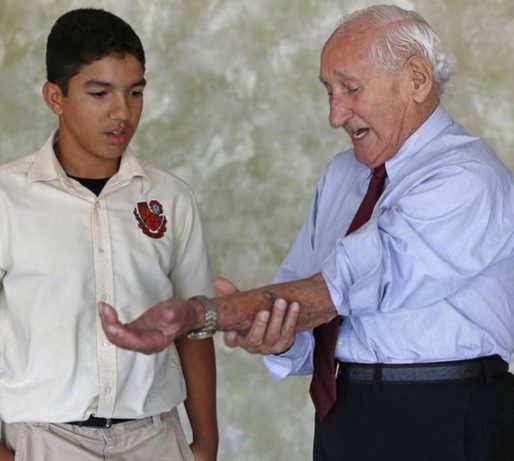 This past Sunday, Holocaust survivor Julius Eisenstein celebrated his 100th birthday! Julius was born on October 13, 1919 in Tomoszów Mazowiecki, Poland. He and his family were forced to live in the Jewish ghetto of their town from 1940-1943. From there, Julius was transported to the Blizin Labor Camp and four different concentration camps, including Auschwitz and Sachsenhausen. Julius and his brother Jacob were liberated from Dachau by the U.S. Army in April 1945, but their parents and three sisters were all murdered. After the war, Julius lived in Munich for five years. He married his wife Phyllis in 1947 and the two moved to NY in 1950. Today, Julius resides in Florida and regularly shares his story with students. Happy 100th birthday, Julius! 🎉 Mazal tov!