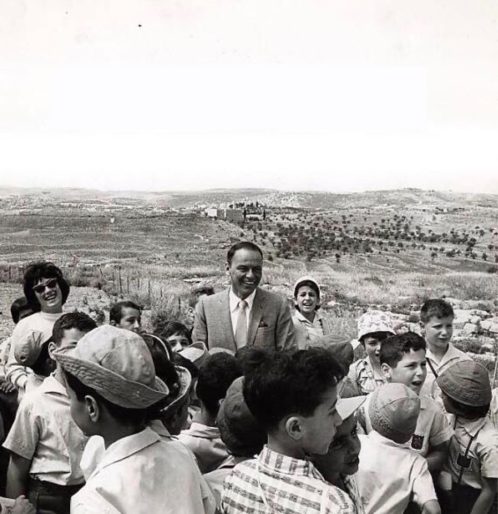 Legendary singer and actor Frank Sinatra was born #OnThisDay December 12, 1915. Sinatra was a lifelong supporter of the State of Israel and a faithful friend to the Jewish people. In 1943, he performed in Ben Hecht’s “We Will Never Die” pageant at Madison Square Garden to raise the American public’s awareness of the Holocaust, and starred in short films about antisemitism and religious intolerance. Sinatra contributed to Zionist causes and helped to establish multiple student centers in Israel. He first travelled to Israel in 1962, where he performed seven concerts, including one for Israeli troops. Sinatra’s love for the country and the Jewish people remained constant throughout his life. He passed away on May 14, 1998, the 50th anniversary of Israel’s independence.