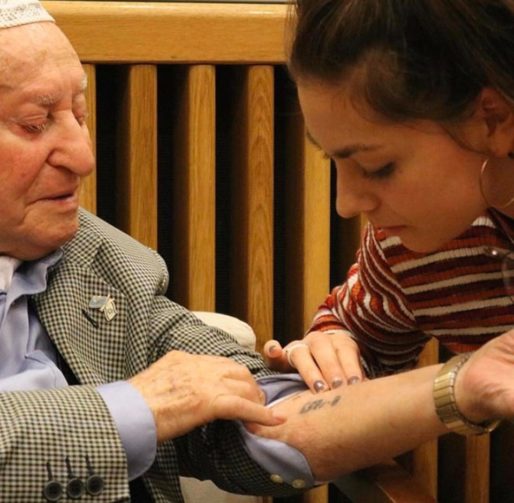 Holocaust survivor Elias Feinzilberg was born in Łódź, Poland on October 22, 1917. When the war broke out, his entire family was forced into the Łódź Ghetto. Elias left to perform hard labor, as he was told that the Germans would pay his family for his work. But, they never did. Instead, Elias returned to Łódź only to discover that his father had died of starvation, and his mother and six siblings were all sent to the Chelmno death camp. Over the next few years, Elias survived 9 concentration camps, including Auschwitz-Birkenau, Dachau, and Gross-Rosen. He also survived a two-week death march before being liberated by the U.S Army. After the war, he met and married his wife Esther in a DP camp, and together they immigrated to Guatemala aboard a cargo ship. They lived in Guatemala for 22 years and then made their way to Israel. Today, Elias lives in Jerusalem with his family and frequently shares his testimony at schools and Yad Vashem: World Holocaust Center, Jerusalem.