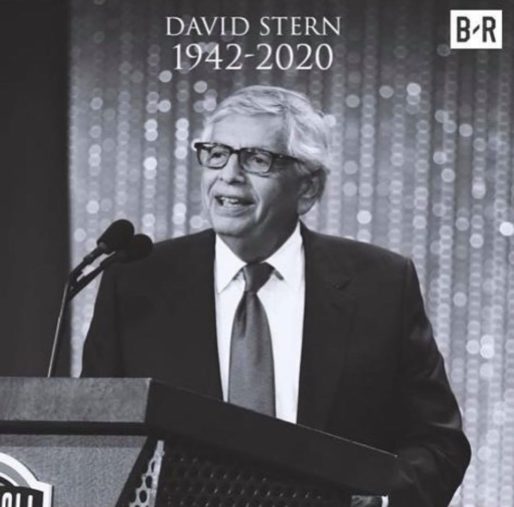 “Thank you for everything you have done for our game, and being such an amazing friend of Israel. I will always cherish our time together and the privilege of calling you a friend and mentor.
Rest In Peace.
Baruch Dayan Emet” – Omri Casspi
David Stern was born September 22, 1942 in Manhattan and raised in Teaneck, New Jersey. After graduating from law school, Stern joined a firm that represented the NBA. Fast forward a few years later, when David took over as the longest serving commissioner of the NBA from 1984 – 2014.
Per The Times of Israel, Stern’s foundation was worth about $135 million and gave away about $2.1 million over the past year, according to Inside Philanthropy. Jewish causes include the UJA-Federation of New York, Scarsdale Synagogue, Westchester Jewish Community Center and ADL – Anti-Defamation League.
Magic Johnson tweeted: “David Stern was such a history maker. When I announced in 1991 I had HIV, people thought they could get the virus from shaking my hand. When David allowed me to play in the 1992 All Star Game in Orlando and then play for the Olympic Dream Team, we were able to change the world.”
May his memory be a blessing, BDE