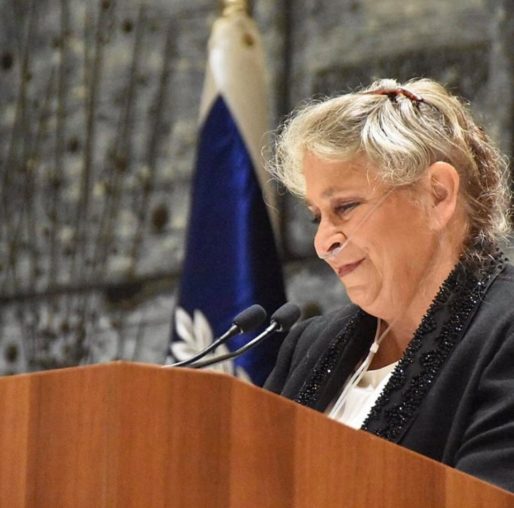 The first lady of Israel, wife of President Reuven Ruvi Rivlin – ראובן רובי ריבלין has passed away at the age of 73.
June 5, 1945, Nechama Rivlin was born on moshav Herut; her parents, Mendi and Drora Kayla Shulman, helped establish the community. Her mother, who had immigrated from Ukraine, was widowed when Rivlin was a young girl.
In 1964 she enrolled at the Hebrew University of Jerusalem where she earned a BSc in Botany and Zoology, along with a Teaching Diploma. Later in life, she studied the History of Art.
In 1967, Rivlin became a researcher at Hebrew University. Her initial role was in the Department of Zoology and she later worked in the Department of Ecology, as well as in the Department of Genetics.
In her role as Israel’s First Lady, she concentrated on areas she was most familiar with through her academic work and family. One area of focus was nature and the environment. She created a community garden, and began a new recycling system.
Rivlin suffered from pulmonary fibrosis, making it difficult for her to breathe. In the last several years of her life, she was seen out in public with a portable oxygen tank. May her memory be a blessing. BDE
HUMANS of JUDAISM
Tagged with: Humans, Israel, Jewish, Judaism, Nechama Rivlin, People, President Reuven Rivlin