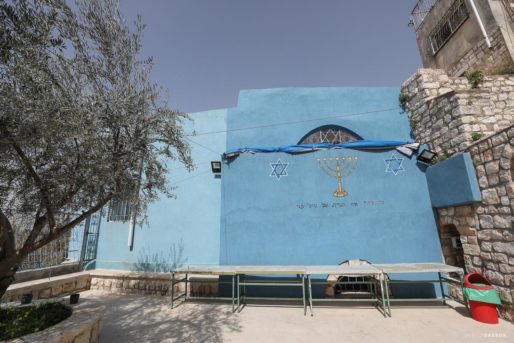 The Avritch synagogue, also known as the “Bat Ayin” synagogue, was the scene of one of Tzfat’s biggest miracles. The synagogue today serves a Sephardic community but it originally was the shul of one of the Hassidic community’s leaders, Rabbi Avraham Dov Auerbach of Avritch. 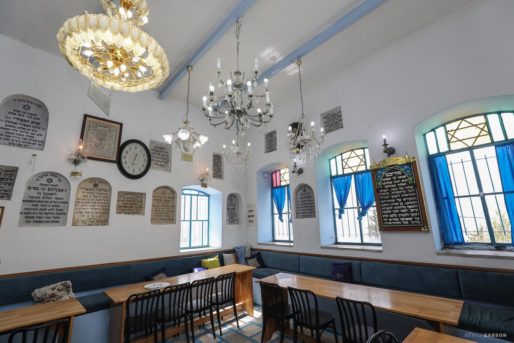 As Jews, both Hassidic and non-Hassidic, settled in Tzfat during the late 1700s and early 1800s, different communities established their own shuls. Immigrants from such towns as Kosov, Lemberg, Chernobyl and Chotkov set up their own synagogues in Tzfat to provide familiar services and a sense of community in their shul. Rabbi Avraham Dov Auerbach was the leader of such a group, Jews from the town of Avritch in Ukraine. Along with his followers, he established the Avritch synagogue, also known as the “Bat Ayin” synagogue, near the northern boundary of Tsfat’s Old Jewish Quarter. 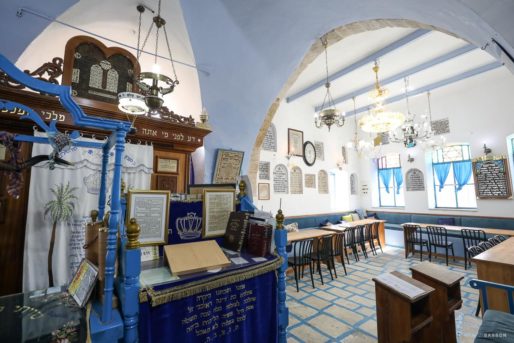 On January 1, 1837, an earthquake struck Tzfat. Moments before the earthquake reduced the Jewish Quarter to rubble, Rabbi Avraham Dov called out to the men who were praying the morning service in the Avritch synagogue — “Come to stand with me by the Torah if you wish to survive.” The men crowded around Rabbi Avraham Dov and although the rest of the synagogue collapsed, the area where the men stood remained standing. 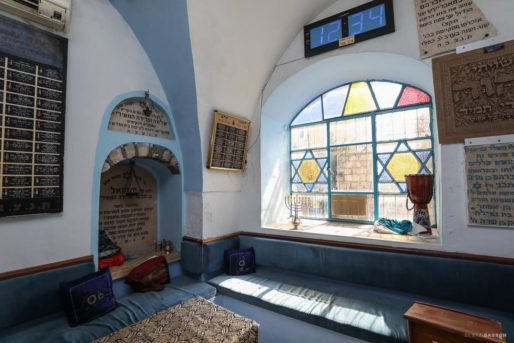 In the years following the earthquake, other catastrophes befell the citizens of Tzfat. The Druze and Arabs attacked the Jews in 1838 and a devastating epidemic swept over the community in 1840. Many residents of Safed left, including many of the congregants of the Avritch synagogue. 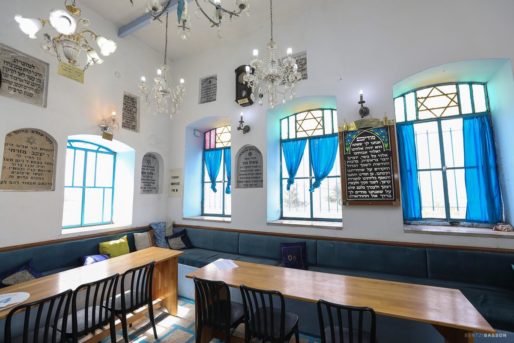 A new “minyan” rebuilt the synagogue and introduced their own Sephardi customs into the services. Today, the synagogue opens for prayers on the Sabbath and holidays and follows Sephardi traditions and customs.

Wishing you all #ShabbatShalom #GKTsynagogue