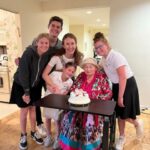 “Today, my grandmother, Frieda Steinberg, Holocaust survivor from Kumyat, Czechoslovakia, turns 98. She was taken from her home in April, 1944, and was liberated on a death march nine months later. As her body slows and her memory fades, she doesn’t talk so much about the war but did, as […] 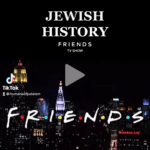 Here are just a few Jewish moments/actors from the TV sitcom Friends.