Dazs Interesting.Häagen-Dazs was invented by Jewish Polish-American immigrants Rose and Rueben Mattus in the Bronx, New York in 1961.They opened their first store on November 15, 1976 in Brooklyn. The name “Häagen-Dazs” is a made up word meant to sound Danish as a tribute to Denmark’s exemplary treatment of its Jews […] 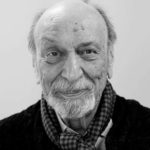 CONDOLENCES: Milton Glaser 💔Milton Glaser was born on June 26, 1929 to Hungarian Jewish immigrants in the South Bronx, NY. He passed away this Friday on his 91st birthday. A graduate of the High School of Music & Art and Cooper Union, Glaser went on to become one of the most […]