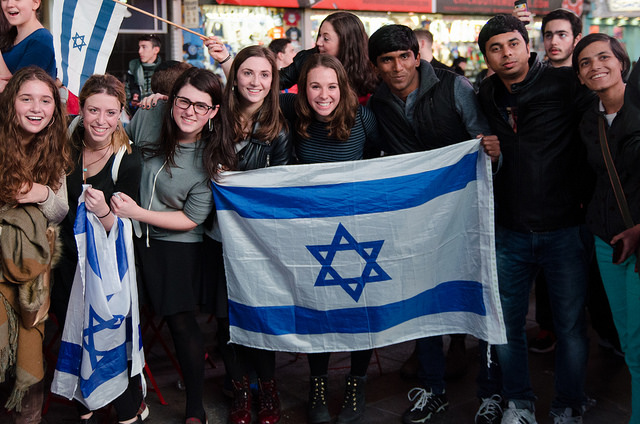 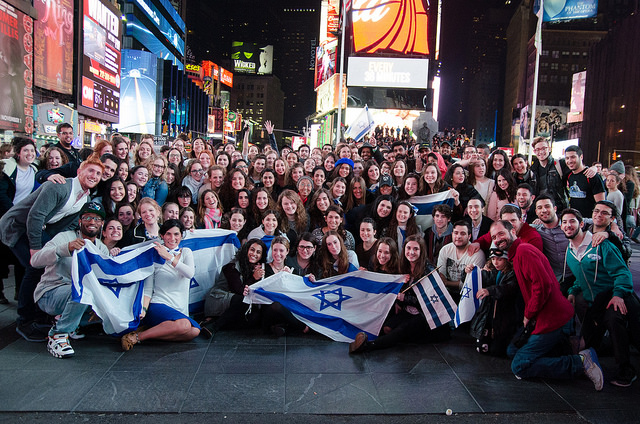 On November 1, Yeshiva University students hosted a moving kumzitz [concert] in support of Israel on the Red Steps in Times Square. Led by student Aryeh Tiefenbrunn on his guitar and the Y-Studs, YU’s student a cappella group, on backup vocals, they were joined by more than a thousand fellow Jews, students, friends and passersby, flooding the heart of Manhattan with songs of peace and love for the land of Israel.

“At such a critical time for Israel, it is imperative to show the world that we support our brethren there and show them that although we are not physically there, we are thinking of them, praying for them, and hoping that this wave of terror ends very soon,” said Shlomo Anapolle, president of the YU Israel Club. “We hope that students gained a sense of belonging and connection to Israel, our indigenous homeland, by uniting through song and prayer.”

The diverse crowd consisted of students, parents and their children, Jews of all denominations, and non-Jews as well, all singing and dancing to celebrate Israel. Some found themselves drawn to the music and dancing as they passed through Times Squares. Many stopped to take pictures and record the moment for friends.

“Yeshiva University’s greatest asset is our student body, and when they mobilize in so many different ways to support Israel we all realize that we are working with the next generation of our people’s leaders,” said Rabbi Kenneth Brander, vice president for university and community life at YU.