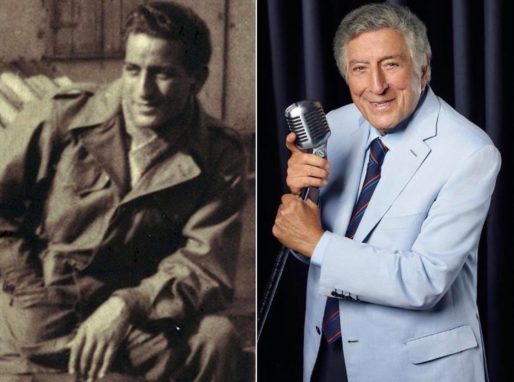 Who Knew!???? Legendary American jazz singer Tony Bennett captured Nazis and liberated a concentration camp. Drafted into the Army in 1944, Cpl. Bennett was assigned to the 255th Infantry Regiment of the 63rd Division. His team moved through France into Germany, where they fought on the front lines. They captured SS troopers and liberated the prisoners of a concentration camp near Landsberg in Bavaria, a town 30 miles south of Dachau. “After seeing such horrors with my very eyes, it angers me that some people insist there were no concentration camps”. – Tony Bennett