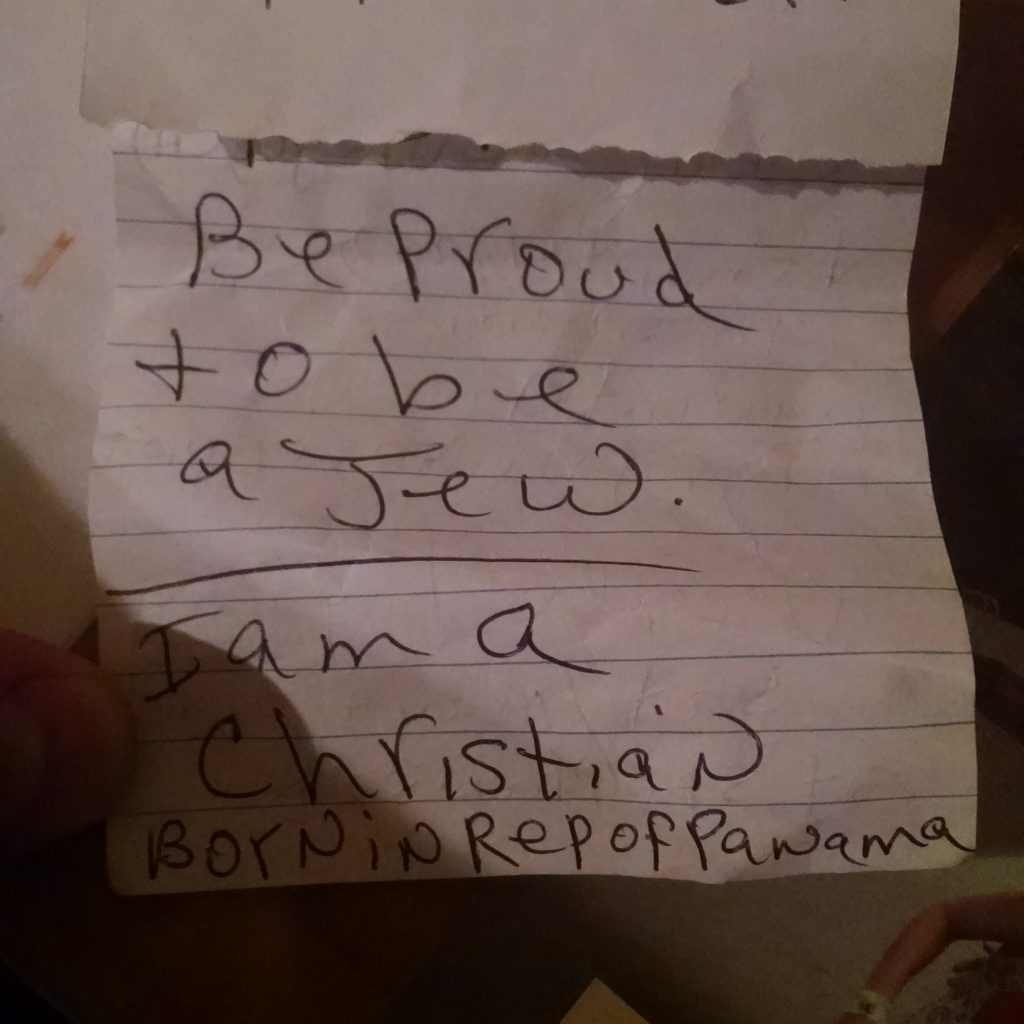 “Today, I volunteered at a homeless shelter. One of the men I served food to was Vietnam veteran with a Navy baseball hat on. When I gave him his food, I thanked him for his service for this country and we started to talk. After I told him that my school did not recognize many holidays honoring veterans, he explained to me that this generation is very ungrateful. One of his remarks was that we should honor the veterans or else we would be speaking German. I responded by saying that I would not as I am a Jew. I also showed him my chai as I said this. He made a slight remark about supporting Israel, but I did not think much of it. Once we finished talking, he wrote his information on a piece of paper and told me he had a great talk. As I left, I looked at the paper and noticed his message. His message touched my heart and made a mark on me.” – Jacob Basser