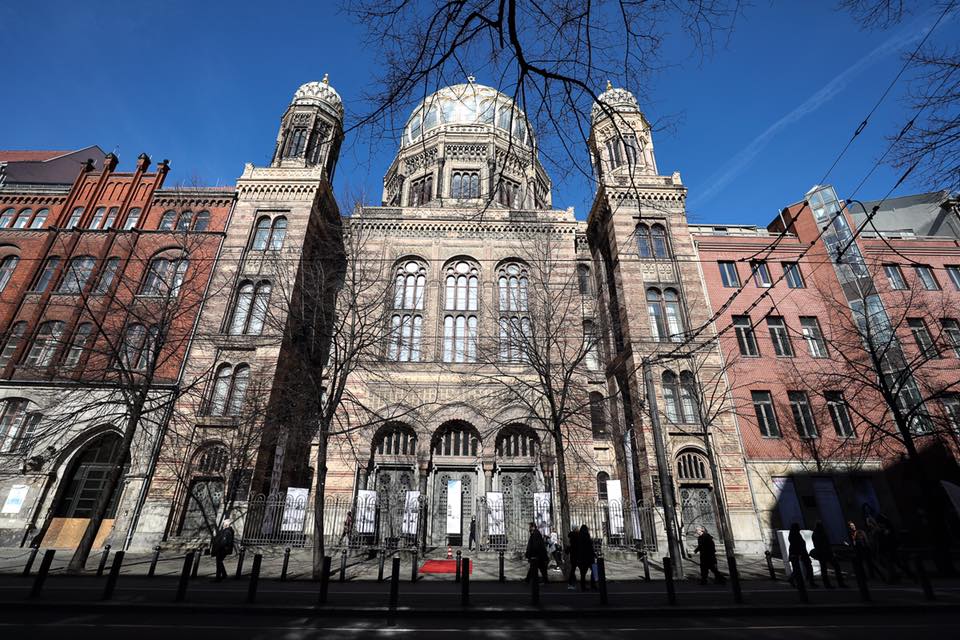 Because of its splendid eastern Moorish style and resemblance to the Alhambra, it is an important architectural monument of the second half of the 19th century in Berlin. This synagogue was one of the few synagogues to survive Kristallnacht, it was badly damaged prior to and during World War II and subsequently much was demolished; the present building on the site is a reconstruction of the ruined street frontage with its entrance, dome and towers, and only a few rooms behind. It is truncated before the point where the main hall of the synagogue began. #GKTsynagogue