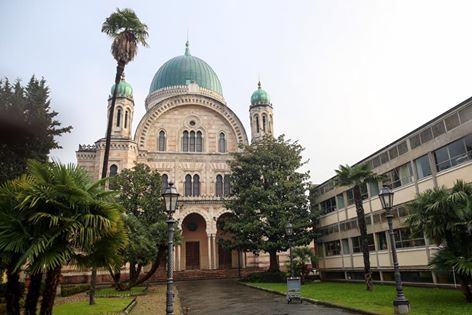 The synagogue of Florence was built between 1874 and 1882.
During World War II Nazis soldiers occupied the synagogue and they used that as a storehouse. In August 1944 retreating German troops worked with Italian Fascists to lay explosives to destroy the synagogue. However, Italian resistance fighters managed to defuse most of the explosives and only a limited amount of damage was done.