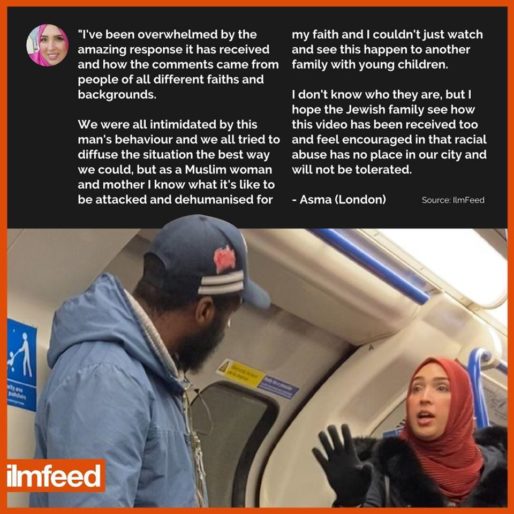 This weekend in London while riding the northern line, a Jewish man and his young son were verbally attacked by the man in this photo. The woman in the photo, Asma, did not remain silent or stand by. She spoke up to defend the Jewish man and his young son. As news spread of this encounter, the man has since been arrested and this is what Asma had to say. Thank you Asma as well as the other passengers who did not remain quiet in the face of hatred.