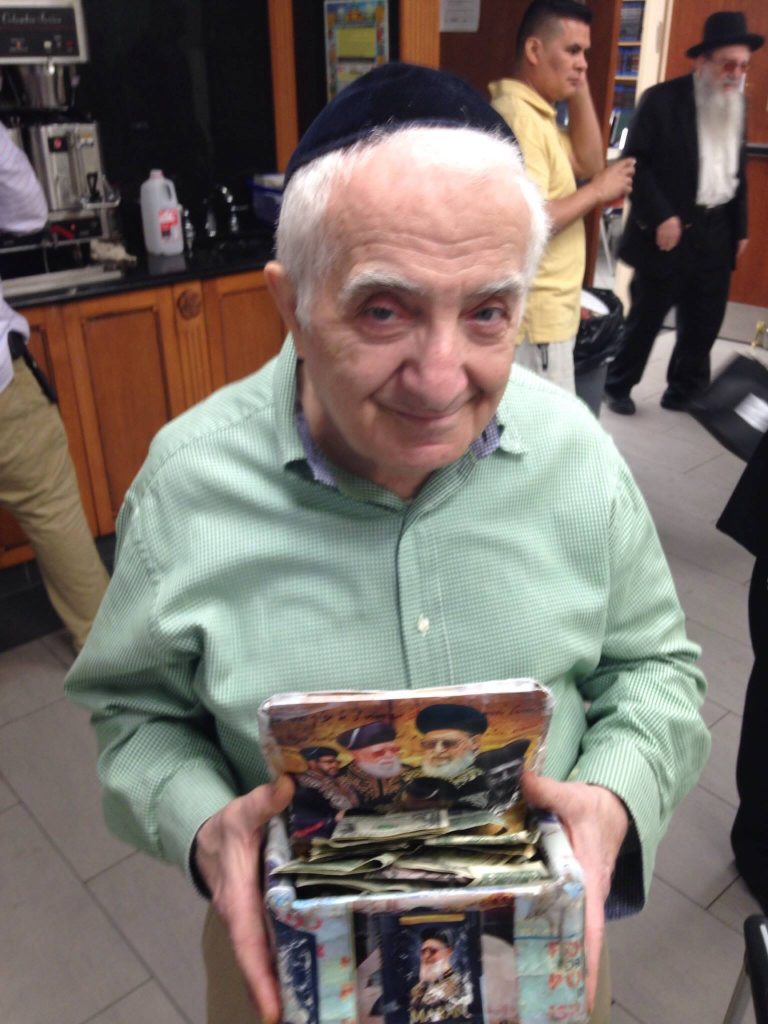 Every time I pray at Shaare Zion in Brooklyn I bump into this elderly man collecting Tzedaka (charity). For the past two years he had a new improved charity box, and I noticed he used my marketing material which I created from my past book on Hacham Ovadia Yosef. I approached him the other day and asked him where you got it from? He said, ‘A friend who prays with me at Shaare Zion gave it to me.’ I asked him so what are you collecting for? He responded, “For the poor of the local community and I raise $100,000 a year from this little Tzedaka box. I’ve been collecting for years but since Hacham Ovadia Yosef passed away I have been collecting more funds. It is because of his honor the needy in the community have what to eat.” I told him that I authored the book that is on the front cover of the box and immediately he hugged me and said in Arabic “Thank you very much and g-d should bless you.” I responded back and said, “It’s in your merit that the needy have what to eat. Hazak U’baruch.” – Yehuda Azoulay