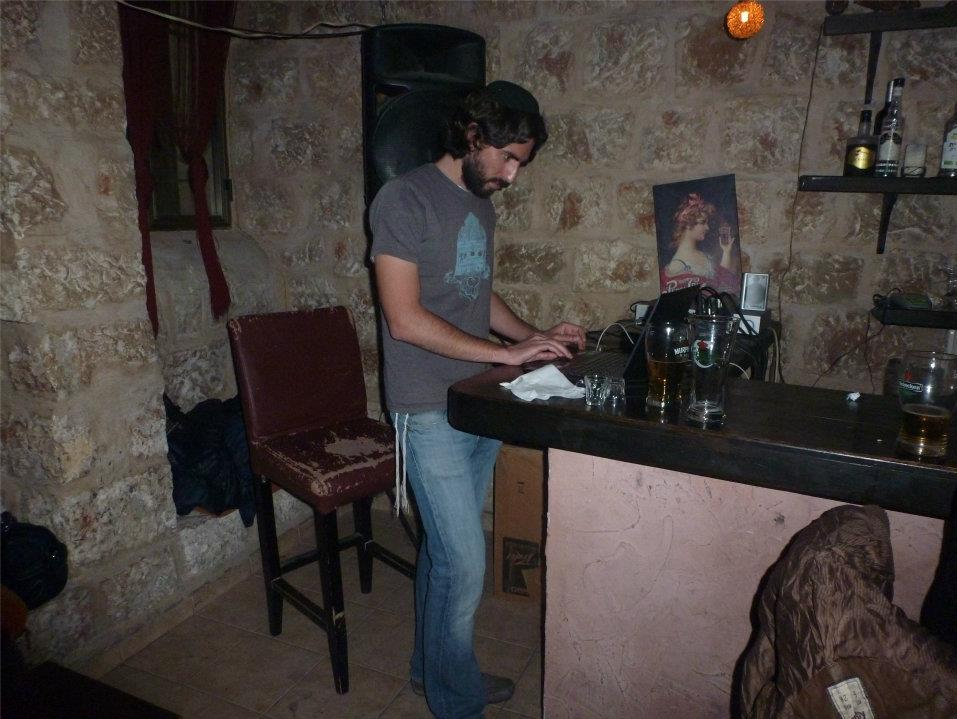 One Sunday night I pass by this bar off of Yafo St. in Jerusalem called Little Pinkhas. I hear really good music being played so I walk in. I ask the owner,  who is a Moroccan guy,  if they’re looking for a DJ. I tell him that before becoming ba’al tshuva. I used to be one in NYC (on the Lowest East Side). He says: “Come play on Tuesday but I want you come in like this. kippah and tzitzit.” I ask why. He says:  “I come from a religious Moroccan family but I stopped being religious because I wanted to open a bar. I want the hipsters to see that you can be religious and do this.” Two nights later, I invite some friends, both guys and girls who were learning in yeshiva and seminary (girls and guys danced separately in their own areas 😉 ). we had a blast. The owner, Israel, said it was one of the best parties he’s had there in a while. At the end of the night, I ask the co-owner, an Ashkenazi guy, what his name was.

His response: “My name is Eviatar. It has the gematria (Jewish numerology system) of Taryag (613) Mitzvot …613.”
– Greg Lauren