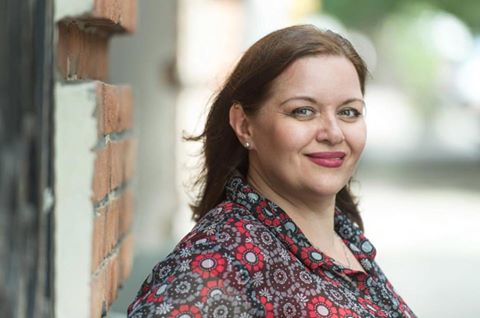 But as a young girl, tradition didn’t interest me. I loved music and dreamt of being a famous singer. I wanted to be part of the Soviet cultural scene. My mother tried discouraging me from leaving my roots behind, but I was determined.”
“My dream became a reality, singing and directing the ensemble for over fifteen years. Though I was succeeding in my career, I began to feel an emptiness on the stage. I’d write lyrics and compose tunes, trying to impart deep, soulful messages to my audience, but they just wanted a show, and the messages weren’t received. I started to question myself and wondered whether being a singer in the Soviet Union was my true life’s calling.”
“Then the Soviet Union collapsed. A Rabbi moved to town and began to rebuild Judaism in our city. I started to visit the synagogue and did a lot of reading. When the Jewish school opened, they were in dire need for teachers. The rabbi noticed my interest in Judaism and persuaded me to take the job. It was a big challenge, as I felt very unknowledgeable, but with each lesson I prepared, I’d learn more.”
“I’ve been teaching for over thirteen years, and the students feel like my children. I’ve learned so much, thanks to them, and I can’t imagine ever leaving the job. I found my place, and all this time, I never gave up singing. I channel the talent that God gave me as a tool for Torah education.”
“I think back to my childhood when Judaism meant so little to me. As a young rebel, the thought of sitting in the synagogue on Yom Kippur could never compare to standing on a stage. So much has changed. Now and then, my faith gets tested when I’m offered work to perform at festivals. I always turn it down because the stage will never mean more to me than the children at school, and standing in the spotlight on a Friday night will never come close to taking in the warm glow of the Shabbat candles. Yom Kippur is now the most meaningful day on my calendar, and if you want to find me, I’ll be reconnecting with God at the synagogue on Gazetni Street.”

Source: Souls on the Don