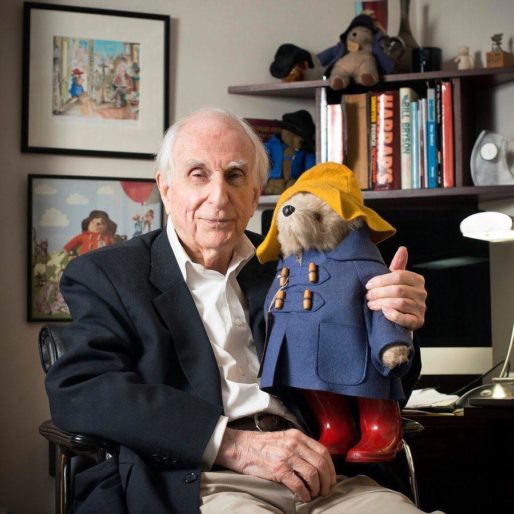 Did you know that the beloved character Paddington Bear, Paddington Movie, was inspired by Jewish children who escaped the Holocaust on the Kindertransport? Creator Michael Bond (1926-2017) was motivated by his memories of children arriving at London’s Reading station during WWII. These young refugees each carried a small suitcase and wore labels around their necks to identify them. It’s no coincidence that in the book, the little bear is found sitting on his suitcase in Paddington Station in London with a note around his neck that reads, “Please take care of this bear. Thank you.” He is discovered and adopted by the Brown family, thus the name Paddington Bear. In the story, Paddington’s best friend is Mr. Samuel Gruber, an elderly Jew from Hungary who escaped the Nazis. And guess what!? When “Paddington 2” hit the big screen in Israel in 2018, the voice of one of the characters was played by none other than Nechama Rivlin, the late wife of Israeli President Reuven Ruvi Rivlin – ראובן רובי ריבלין. Like so many others around the world, Nechama loved Paddington, the little bear with a big heart. ❤️