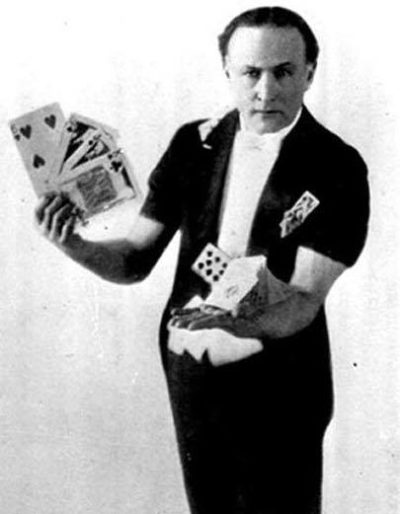 Did you know that Harry Houdini, the great escape artist and world-famous magician, was Jewish? Houdini (né Erik Weisz) was born to a Jewish family in Budapest, Hungary in 1874. His father, Rabbi Mayer Samuel Weisz, moved the family to the United States when Houdini was four years old. They lived in Appleton, Wisconsin, where Rabbi Weisz led the Zion Reform Jewish Congregation. The family soon fell on hard times and eventually moved to New York City to find work. It was there that Houdini’s career began. He trained as a trapeze artist and magician, but his real success came from experimenting with escape acts. He freed himself from handcuffs, straitjackets, shackles, and more. But Houdini’s most sensational trick was escaping from an airtight, locked tank filled with water while suspended upside down by his ankles. He continued to perform this escape act for the rest of his life. Houdini passed away on October 31, 1926 and is still remembered as the world’s most legendary magician. ✨