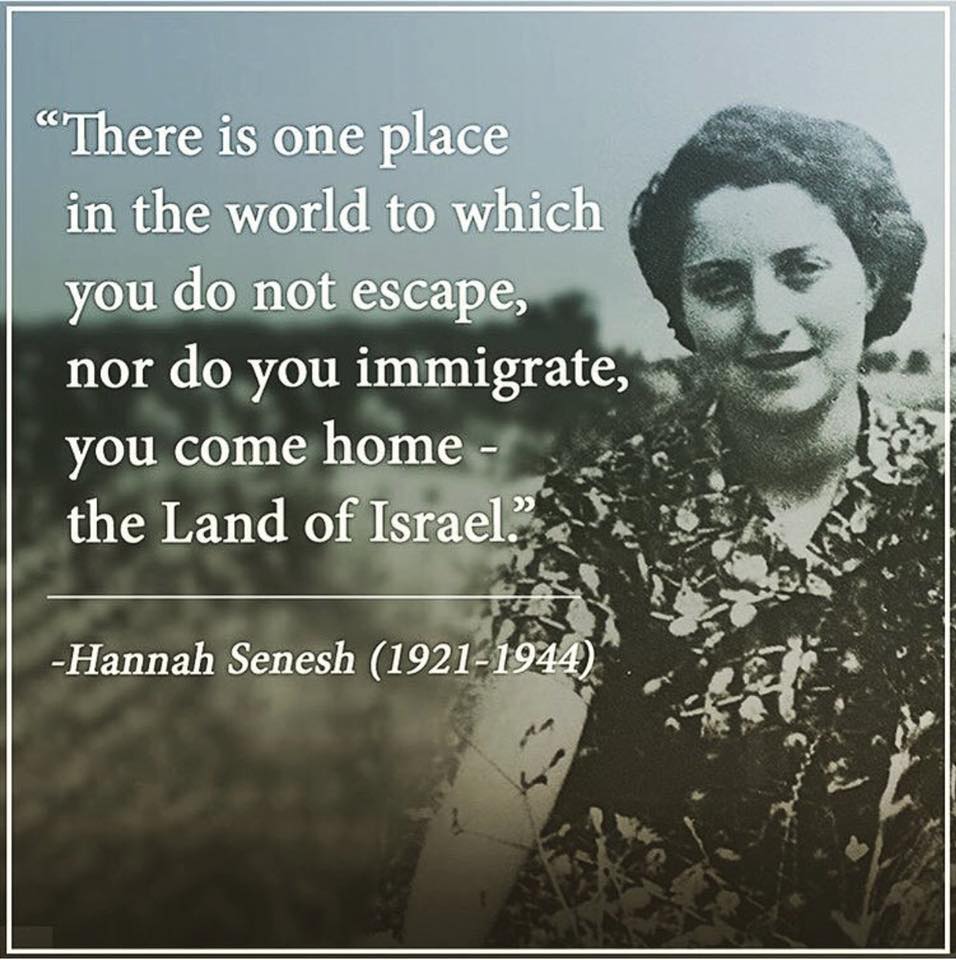 A Jew, a feminist, a paratrooper, and above all else, an individual whose story exemplifies bravery & courage.

In 1944, Senesh parachuted into Yugoslavia as part of a group of paratroopers whose mission was to rescue Hungarian Jews about to be deported to Auschwitz. As she crossed the border into Hungary, Senesh was caught and imprisoned.

Despite being kept under inhumane conditions, she refused to betray her cause. Throughout her imprisonment, Senesh did not give up hope.

Senesh was tried for treason in November 1944 and was executed by a firing squad on this day, November 7, 1944.

May the memory of this heroine be a blessing.