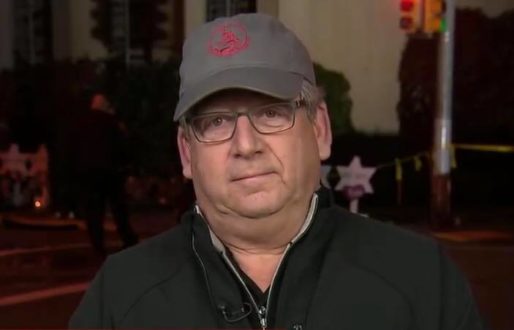 Following the Pittsburgh Synagogue attack this past Saturday, the gunman was taken to the hospital. In the emergency room when he arrived, he was shouting, “I want to kill all the Jews” as told by Allegheny General Hospital President Jeffrey K. Cohen.

Cohen, who is a member of the congregation where the massacre happened, said “We’re here to take care of sick people. We’re not here to judge you. We’re not here to ask ’Do you have insurance?’ or ’Do you not have insurance?’ We’re here to take care of people that need our help.”
“I thought it was important to at least talk to him and meet him. You can’t on one hand say we should talk to each other, and then I don’t talk to him. So you lead by example, and I’m the leader of the hospital.”

But Cohen told reporters that two of the practitioners who treated the patient when he arrived at the hospital were Jewish: the attending emergency room doctor and a nurse, whose father is a Rabbi. “I will tell you that I’m very proud of them,” he said of his staff. “They did a great job. They answered the bell.” He described talking to the nurse after treating the patient. The two were in tears, Cohen said.

Cohen knew 9 of the people who were killed. Still that didn’t stop him from going to check in and ask him whether he was in pain. The man said he was fine.

“He asked me who I was, I said ‘I’m Dr. Cohen, the president of the hospital,’” Cohen said. “And I turned around and left. And the FBI agent that was guarding him said, ‘I don’t know that I could have done that.’”