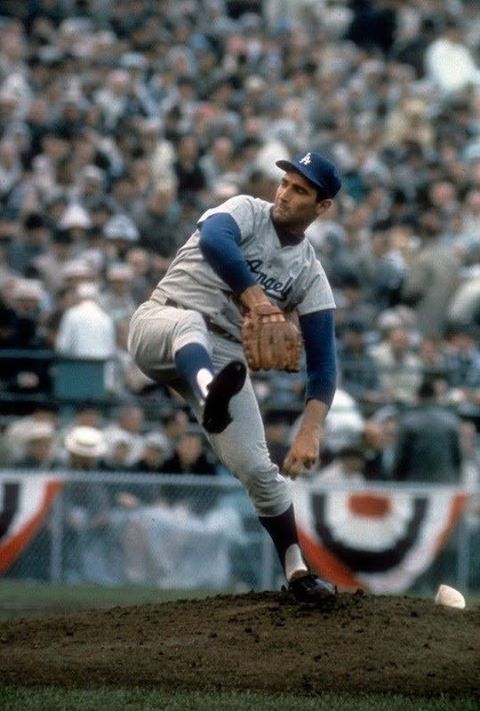 Sandy Koufax born Sanford Braun on December 30, 1935 is a former American Major League Baseball (MLB) left-handed pitcher. He pitched 12 seasons for the Brooklyn/Los Angeles Dodgers, from 1955 to 1966. Koufax, at age 36 in 1972, became the youngest player ever elected to the Baseball Hall of Fame.

Koufax was born in Brooklyn, New York and raised in Borough Park. His parents, Evelyn (née Lichtenstein) and Jack Braun, divorced when he was three years old. His mother was remarried when he was nine, to Irving Koufax.