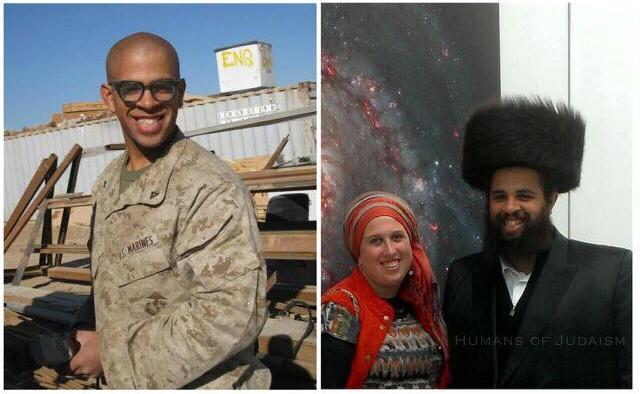 My military uniform was acquired with a lot of work. It took three months. I earned it with my sweat. At the end of the day it is a piece of cloth. It looks nice, but it does nothing more than that. It’s durable, but it’s meant for physical labor or maybe for show. At the same time I was looking for my life uniform. When I talk about my life uniform, I don’t necessarily mean the fur hat and black Jacket. I mean the person that I am, my thought, speech and action. I have to admit, there was always something intriguing about the uniform that those Jews wore. I was attracted. I had been attracted to Jews and their way of life even as a small child. The military uniform allowed me space to figure out what was behind the black uniform that these Jews wore. I started spending time with the people who wore this black uniform. They told me the deepest secrets of the universe. They told me that I could learn a lesson from everything that existed. They pointed to my military uniform. “Your soul has a uniform,” they told me. “Thought, speech and action. Just like your military uniform needs to be cleaned and you brass (buckles) shined, your soul’s uniform needs also to be cleaned.” Eventually I became one of these people in the black uniform. It took two and a half years officially. Really it took a life time of asking questions, searching and introspection as opposed to three months of sweat. The military allowed me the space to do that. I wouldn’t have the life uniform without wearing the military one first. It isn’t the black coat that I wanted or the fur hat. Granted they are probably as durable as my military uniform. It was that which they represent, the constant up-keep. There is always something to learn. There is always something to improve. Now I learn a full day in kollel and my life’s work is to keep my life uniform (soul uniform) clean. Like any uniform I ever wore it gets dirty easily. The name of the games, clean thought, speech and action.
By: Gershom Gale