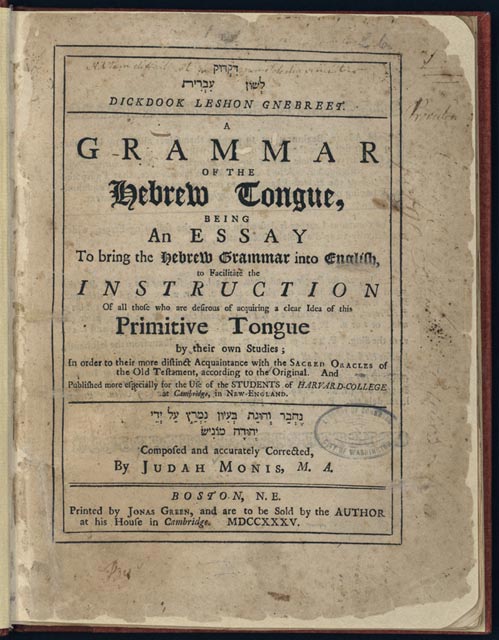 Judah Monis was born on February 4th 1683 in Italy.

Monis was the first Hebrew language instructor of any North American college. Monis was born to Portugese parents and was educated in Jewish schools in Italy and Amsterdam. In around the year 1715, Monis opened a small shop in New York where he taught Hebrew to Jews and Christians and discussed theological topics. Monis then left the Jewish community of New York for Cambridge, Massachusetts, where he was offered a job at Harvard College. At the college he taught Hebrew and it later became a requirement for all Harvard student to take Hebrew classes. Monis also wrote the first ever Hebrew textbook published in North America.

– Justin Sohn for Humans of Judaism