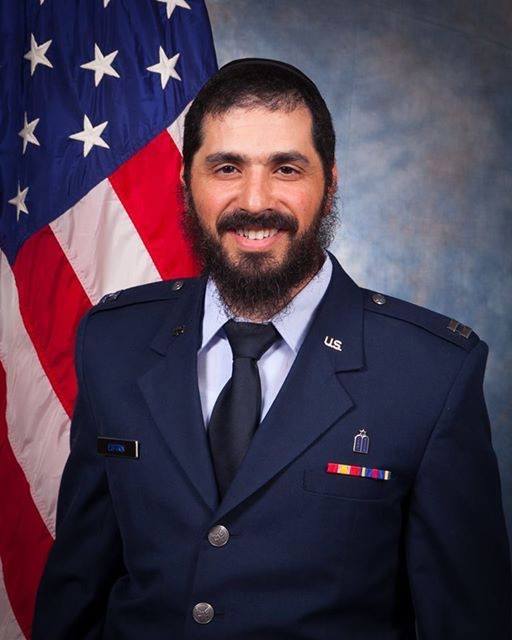 We salute Rabbi Elie Estrin, the first bearded chaplain in the US Air Force, on being promoted to Captain at a graduation ceremony at Maxwell Air Force Base in Alabama.