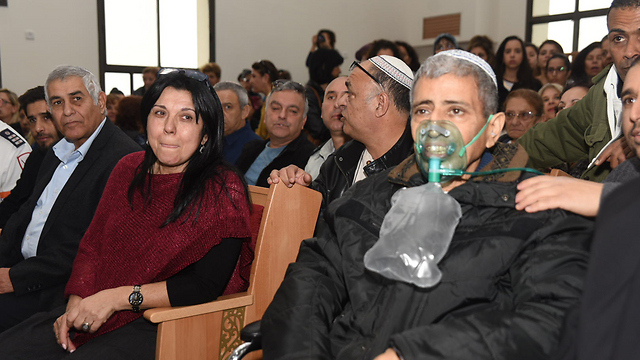 Shmuel Rada, the bereaved father of Tair Rada who was murdered in 2006 at the age of 13 at her school in Katzrin on the Golan Heights, passed away on Friday after an extended battle with cancer.

Rada passed away just one day after attending the dedication of a synagogue in his daughter’s honor in Katzrin. The synagogue was named “Tair Shevet Achim” (Tair dwells amongst her people), a name that her father came up with two years ago.

The bereaved father was allowed to leave Poriya Hospital in Tiberias to take part in the dedication, which he was brought to by Magen David Adom’s “wishing ambulance.”

“I’m happy that I succeeded in realizing my dream ever since the murder – to establish a ‘miniature Holy Temple’ in memory of Tair,” he said during the visit.