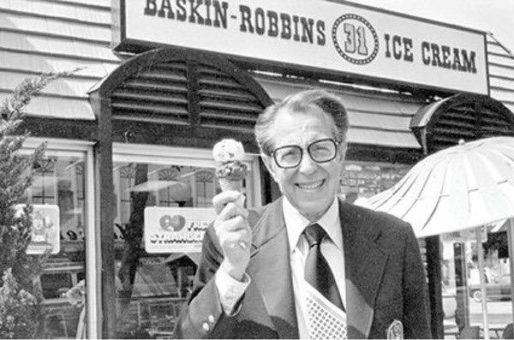 Did you know that Irvine ‘Irv’ Robbins (1917-2008), co-founder of Baskin-Robbins, opened his first ice cream store using money he saved from his #BarMitzvah! Born in Winnipeg to Eastern European Jewish immigrants, Robbins grew up working in his father’s ice cream parlor in Tacoma, Washington. He always finished the day happy and loved making others happy. After serving as an army sergeant in World War II, Robbins opened the Snowbird Ice Cream parlor in 1945 in Glendale, CA. In 1948, he joined forces with his brother-in-law Bert Baskin and the legendary Baskin-Robbins was born!