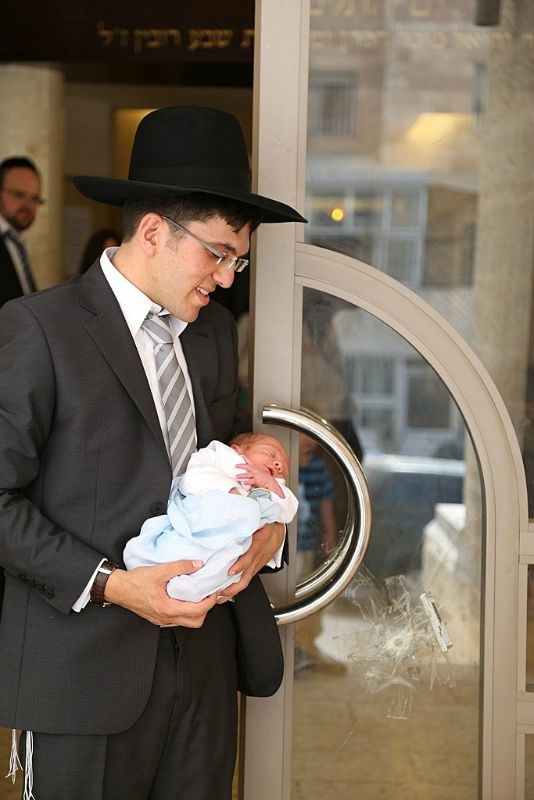 9 months after 2 Arab men entered a Har Nof synagogue and butchered 4 Jews and 1 Druze policeman, congregants celebrate the Bris of Kalmen Zev Levine, named for his grandfather of the same name who was murdered in that same synagogue.

“My parents were Holocaust survivors. They picked themselves up and rebuilt their lives. With great simchah they raised a family dedicated to Torah and mitzvos. That’s what Jews do, and that’s what my family is doing. [Our enemies] will always try to knock us down, but we’ll always keep rebuilding. The important thing is to perpetuate the nation that lives to reveal Hashem’s greatness. Am Yisrael Chai!”