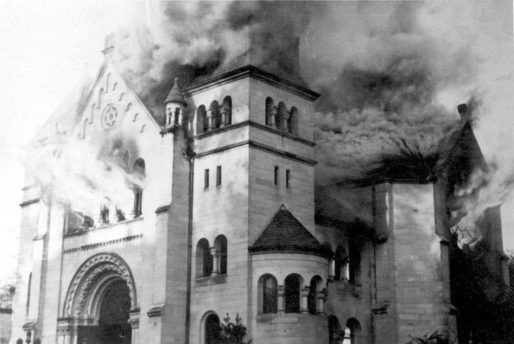 81 Years Ago Today: Kristallnacht night of terror, November 9-10, 1938, German mobs destroyed many vestiges of Jewish presence. A total of 1,350 Jewish synagogues were burnt to the ground or destroyed; 91 Jews were killed; 30,000 Jews were thrown into concentration camps; 7,000 Jewish businesses were destroyed; and thousands of Jewish homes were ransacked.
This was called “Kristallnacht,” the “Night of Broken Glass,” because the streets were covered with broken glass from all the Jewish windows.