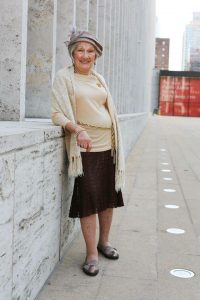 “I lived in Poland, so we were persecuted from the first day of the war. First they took us from our home, then they put us in a ghetto, then they made us march, then they sent us to the camps. I was separated from everyone, but my brother later told me that my father froze to death. But I have children now, and grandchildren, and great grandchildren– a great big family, all of them educated. Look at everything that came from just one person who escaped. Just goes to show that you can never kill a people with hate. There will always be someone left to carry on.”
Source: Humans of New York