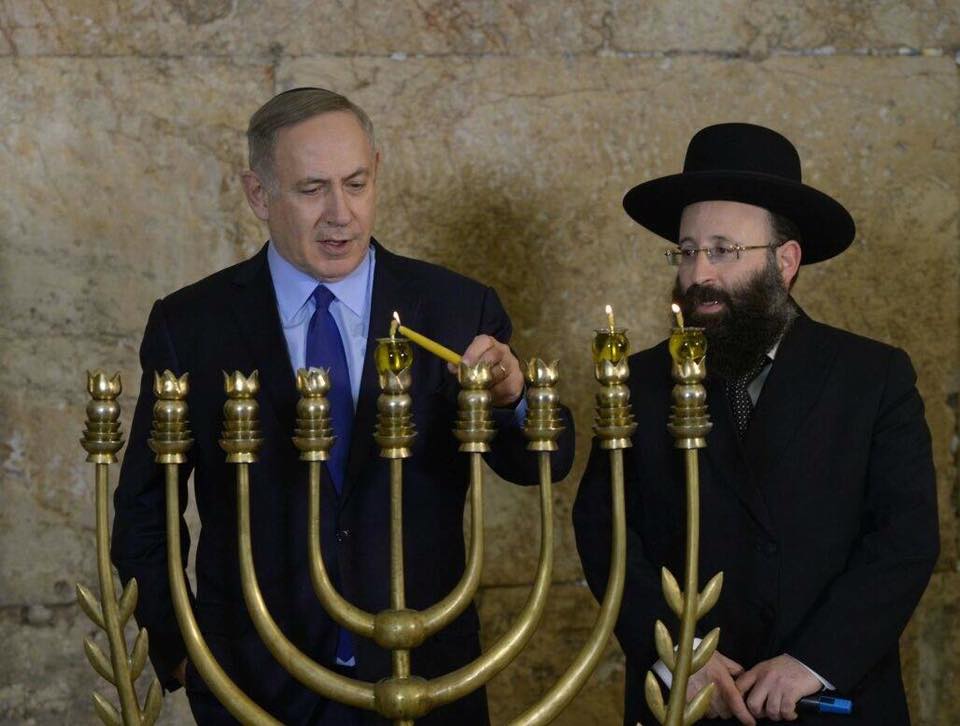 Of course the Palestinians arrived much later. We were in these places. We will return to these places and I ask those same countries that wish us a Happy Chanukah how they could vote for a UN resolution which says that this place, in which we are now celebrating Chanukah, is occupied territory.